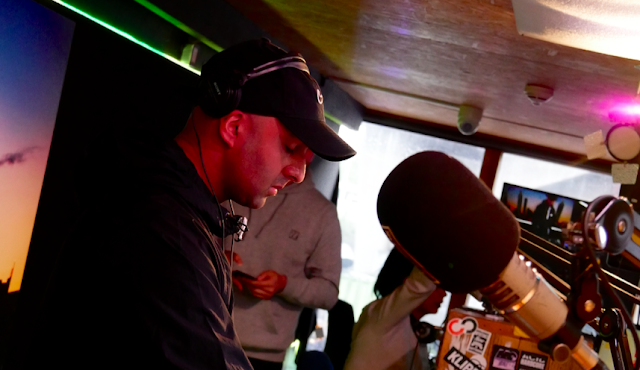 "All of my music is very energetic but mellow at the same time."

How would you introduce yourself to our readers?

"I’m a producer and DJ from Birmingham. I started DJing first and got into music in school; through pirate radio stations. Then I started producing my own beats through music at college. I started off on Fruity Loops; in college, we were using Reason, so ever since then I’ve been on Reason.

"I took a break for a bit; I was always making music and DJing but it was a few years before I started taking it seriously again. Everyone used to say my music was good to be honest, so after I finished uni, I started taking it seriously again. I went to Leicester University to study Media Technology, but it was more of a thing just to do uni for. Even when I wasn’t taking music seriously, I was always making it, but it was full-time once uni finished. I've been DJing since I was like 14, and started making music around 18, then seriously around 21. I had to beg my parents to buy decks at first!"

How would you describe your music to someone that’s never heard it?

"I make all types of music, so I wouldn’t pinpoint it down to just grime. But I’d say: all of my music is very energetic but mellow at the same time, if that makes sense."

Where did you grow up? What music was the soundtrack to your childhood?

"I grew up in Birmingham. I’d say my earliest memory of actually going out and buying an album was Oxide and Neutrino." 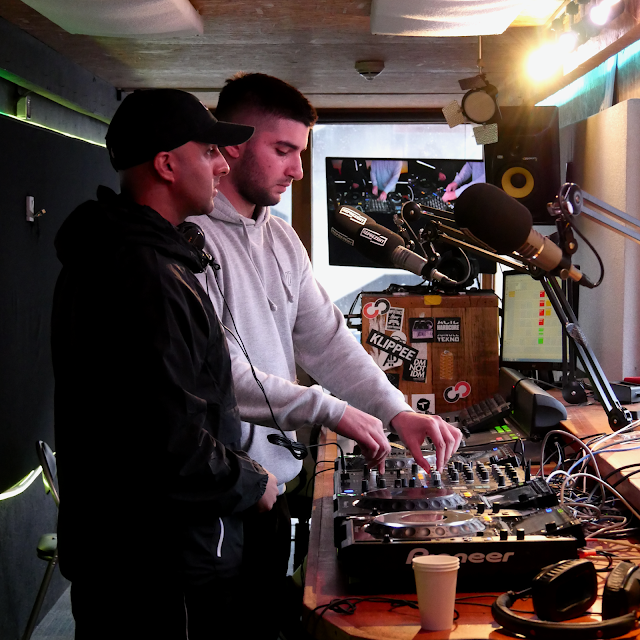 Felix Dubs and Benteki at Reprezent Radio, May 2019. © Luke Ballance

How were you introduced to grime and dubstep? Are there any producers or artists, in particular, that inspired you?

"It was pirate stations in Birmingham actually. So, you had the stations like Passion FM, and people like Vader back in them days; Midlands Mafia. We used to record their tapes and just fell right into it; just loving what they were doing. Dubstep came later, after grime. I was always into the darker sounds, and I think the transition was the early Jakes music."

"Dubstep is a lot more technical, especially the sound design."

What DAW(s) / VSTs do you currently use?

"At the moment, I’m using Reason and Native Instruments Maschine. I use Logic now and again but those are my two main, go-to DAWs. For Reason, I think it’s because I’m so used to it. It’s what I’ve been using from the start, so for me to make a song on Logic, I find it much harder."

Please could you outline your producing process?

"I always start with the melody or bassline. Then gradually add the drums in bit by bit. I like to use samples a lot, so on the Moarrish EP, one of the tracks is sampled bass and some hard-hitting drums. The title track uses an arpeggiator so it’s very techy; yet the drums are very bass heavy and more like trap drums."

How do you know when a beat is finished?

"Honestly, if I’m happy with it. I can’t spend days and days on it. If I do that, I’ll end up getting bored of it or just not happy with it. I try and get everything I want in the song when I’m making it within a few hours. Then, I’ll go back later and make some changes; maybe a couple days back and forth. [Once finished] I give it a rough mixdown, then I send all my tracks off to get masters."

Do you feel that your love of dubstep has helped in your production of grime and rap?

"I think so, yes. Because dubstep is a lot more technical, especially the sound design. I’ll always start off with a preset VST setting, but end up changing it to whatever sound I want. Now, I've got all of my own default sounds that I’ve made."

"When people ask me what sort of music I make, I can’t really just say one type." 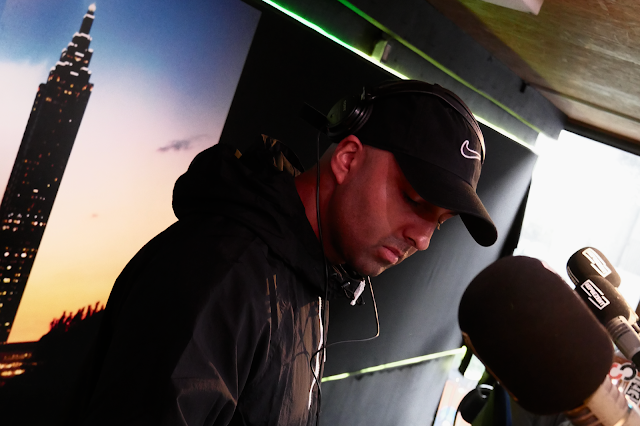 What are your personal career highlights so far?

"Going on BBC Radio. Asian Network and 1Xtra; getting my songs played on there. Also, travelling. Travelling across the world and playing music. I was in LA last year, went Belgium some years before that. Yeah, just getting my sound around the world to be honest; getting heard. That’s for both DJing and producing. Mainly producing though. Promoters might like my music, then they’ll get me out there to do some sets."

How did the 'Moarrish' EP come to fruition?

"Well, I’m sitting on so much music. I had a plan for the record label, and actually had a plan for the release before the label came about. But then thought 'no, I want to do this properly and get the label set up'. I wanted to put a vocal on every release and actually had this one from Jay Eye and J.Dot that has been done for a while. So I got that remastered and then put [the EP] together. Three tracks, for now; just like an opening EP. Everything I push now is going to be under Red Lagoon."

"Just keep practicing. Keep making music. Even if you’re not showing anyone."

What are your plans for the label?

"I’ve got a lot of releases lined up for the rest of the year. The plan is to work with a lot of producers, vocal artists, MCs and rappers. And eventually, I want to have producers on [the label] and DJs."

What advice or knowledge can you offer young producers?

"Just keep practicing. Keep making music. Even if you’re not showing anyone. Try new stuff. Network as much as possible. Try and make links. If you’re a producer, keep speaking to DJs; keeping sending music over; try and get hold of a few MCs that you listen to and like; work with them closely."

What can we expect in the future from yourself?

"I’ve got quite a few EPs lined up for the rest of the year. Got some collaborations with other producers and vocalists. I’m working with Mystry at the moment. And Logan, for instance."

Do you see yourself mainly working with others from Birmingham?

"Not really. I’ve done work with Faze Miyake, Merky ACE, Tre Mission. I have worked with a lot of Birmingham artists but I’m trying to push it out there."