Manga, Mitch7 Maxsta, MoreNight & Bare Selection all blend to craft 'Fear No One' 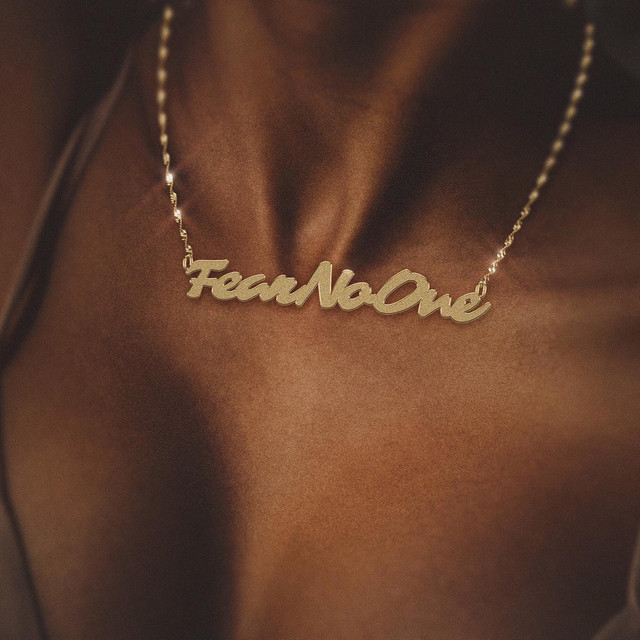 Last Friday saw the release of "Fear No One", a single/EP from a mega combination of Bare Selection, Manga Saint Hilare, Maxsta (under his producer moniker, Mitch7) and MoreNight. As the sun has been beating down all week; this is a perfect uplifting banger to match it with.


Bare Selection is a Toronto-based label established in 2018. Curated by Freeza Chin and managed by Josephine Cruz, it has proved itself to deliver experimental and unique music. As their fourth release, Bare Slection 004/BARE004, this sees them return with vocals like their first release. Previous projects being: "BARE001" with Tre Mission; "BARE002" with MoreNight; and "BARE003" with K-Notes. Though not to stray too far any from their music-based focus, they deliver this record with the main single and its instrumental, as well as a remix from MoreNight and its instrumental.

Manga St Hilare and Mitch7 (Maxsta) are sourced for the main feature. As seen previously, from the Maxtape 2 and the phenomenal Electric 001, and also mentioned in our coverage of Maxsta's "Fuckery 2 Freestyle"; Mitch7 is doing big bits in the producing game. "Fear No One" begins with glistening Jamaican-style trumpets that seem to rocket the listener straight up, into a realm of beauty, light, and dreams. As the instrument's delayed effect rattles of the walls of the mix to create further dazzle, high, floating pads; a heavy, Patois vocal sample; and thick, squelching bass, are placed carefully on top before the main MC enters. After spending a good amount of time invested heavily in grime riddims after Electric 001 EP, it's outstanding to see Mitch switch his style up and pattern a slower, reggae infused banger. This only speaks volumes to his fairly new skill, and overall musical talent. For both Mitch and Manga, this is a interesting and unique sound for grime artists to take on.

The golden trumpets play throughout the piece, ricocheting off in their bright style and holding our attention as positive attitudes build. If this beat's sound is a very close representation of brightness, positivity, joy and fun; then Manga has understood this, and digestive it well as it seeps out in his lyrics.


The chorus speaks volumes on what this song represents and what Manga has been spitting for some time. The Roll Deep lyricist holds a comfortable velocity and tone throughout the song, that almost makes it seem as though he is in conversation with the listener. His soft and appealing tone portrays subtle care, meaning, enthusiasm and an attempt to explain. He hits an excellent melody that works extremely well with his voice and swims in synchronicity with the beat. Via two verses, Manga touches on standing for oneself and others; returning with strength when you're weak; a sense of lost; open and free hearts; having family and good peoples around; positive energy; and patience. Manga had this to say about the track: "[The record] came about by me hearing the clip of the beat on Maxsta's Instagram story (I’m always lurking). I hollered him and he finished it and sent it over. I was still working on my last project Outsiders Live Forever so I had to finish that first before I started on it. I had a melody in my head as soon as I heard it; just had to find the right message. I feel like it's a chant of strength and rebellion.” (Bare Selection PR, 2019)

Past collaborator with Bare Selection, MoreNight steps in now, to remix the record; and he sets it off in a completely different tone. As deep, rough, saw-like synths jolt out over filtered Manga vocals, skippy percussion drips in to lighten the mood. Suddenly we are smacked in the face by unexpected instrumental stabs and heavy kick thuds. The beat switch is intense, but doesn't stop there. As the 'drop' delivers us another style; the mix of funky, bouncy, electric behaviors. Eccentric cymbal hits dance around the roof of the mix, as fluid-like bass seeps across the floor. This holds until a phenomenal whiny synth, that could sound straight out the 80s, adds its input. The energy is sky high as the tempo is quicker than the original version, which is controlled by a sharp snare, however we are taken into yet another wormhole. This bridge section mellows the mood; allowing the listener to catch their breath and gain the strength for another round with the energetic instrumental. Here, we are given low, deeper synths (similar to the intro), and another excellent melody synth that sways across, to and fro, almost pulling the musical energy and passion behind it.


Getting shown bare love for this song,Thank you. Tag 16 friends & let them know this is a riddim. Thanks safe
A post shared by Manga Saint Hilare (@mangasainthilare) on May 14, 2019 at 6:50am PDT


Entirely mixed and mastered by Freeza Chin at Genesis Sound Inc, it's great to see this humble and hardworking label pushing out content consistently, but also at a decent quality. The two overseeing its manoeuvers are clearly talented and have an excellent ear for music. It's always exciting to hear on their next projects, and is genuinely an inspiration for all young music personnel wishing to create something, but maybe not by actually by making the music - record labels can be formed fairly easily; covering the work, effort and costs, you can release music with artists and producers; artistic creativity isn't all that goes into music, it needs business figures, marketing, promoters and managers; and with the internet, you can achieve this no matter where you are, you don't have to be in London, LA, Tokyo, or New York!

Smart Link "Fear No One"