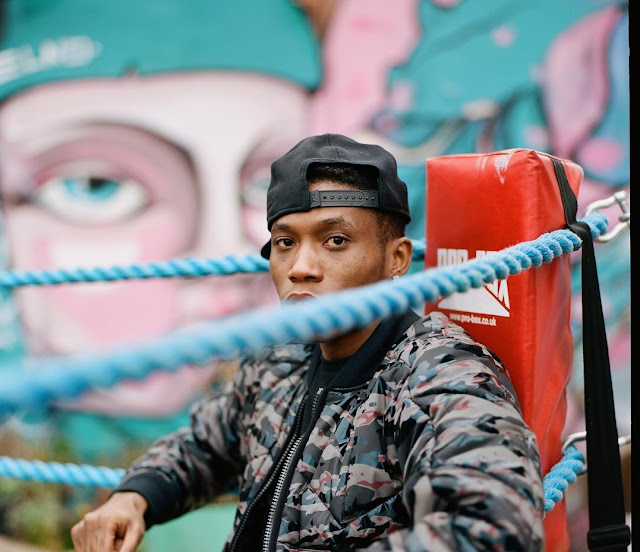 Toppa Top East Boy Maxsta has returned to SoundCloud after a year to bring us the self-produced "Fuckery 2 Freestyle".

After the success of Maxtape 2 - showcasing his hard work during a quiet period, and his development as a producer - Maxsta's latest release portrays another example of his current dedication to the beatmaking craft; his inspiration of nostalgic and grime-creating sounds; and proof that his bars still hold weight.

Under the moniker, Mitch7, the East London MC lays his hands at the instrumental. Taking heavy influence from early Wiley sounds ("Jam Pie") we hear these cold droplets of synth sprinkle onto the mix as sharp claps follow. The riddim is certainly minimal, containing a synth melody, synth bass, and drums. Two things to note here are, again, the big influence from early grime sounds and beat layering. These were stripped; only had several elements to them; and most definitely let the artist ride them centre stage. Maxsta imitates this, and does it well. Secondly, some may assume that the more timbres and instrument layers within a track; the more complex - i.e. better. Yet, this isn't the case. To create a memorable instrumental that contains just a couple sounds is extremely difficult to achieve and more often than not, those are the one's that stand out - a lot of grime in its forming years; Skepta "That's Not Me"; much of DJ Mustard and YG's collaborations; TYSM "Ghost White Dress"; BlocBoy JB & Drake "Look Alive"; SX "Woo Riddim". Here, Maxsta achieves this - which is only more testament to his producing studies, and his evolving skill.

Max builds this freestyle from skillful bars and life topics, and sets the tone as soon as he steps in - "East London where the rats are. F them jiggers." We hear him touch on London life, trials and tribulations; comparisons of himself and others; his dominance; and certain London locations. He has always been one to bring decent bars, and here it seems like he just had something to say. Though, his rhyming skill does leap out at times, delivering rapid patterns and tongue twisters. Thus, proving another piece of evidence, even on a freestyle, that King Maxsta has the ammunition. More time on the record, he appears to have fun, as a flurry of adlibs spray out, flows switch up endlessly, and the odd comical bar lands - "Listen up mate. I'll phlegm in your Auntie's face."

A very nice section here:
"Still no rules, my life's a glitch. You get told to, I write the script. Night Night, when you see the bright lights your pissed. Broksi's new ting might like the strip."