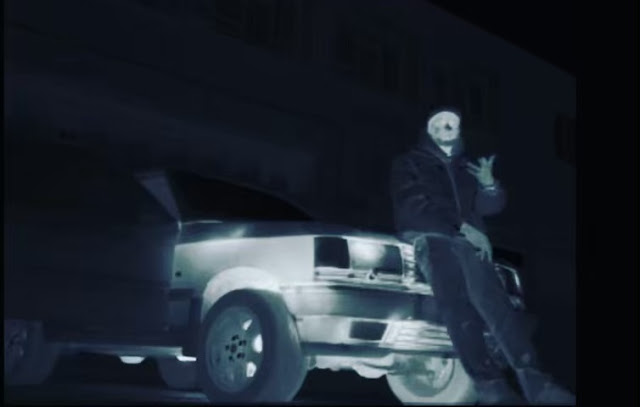 The following contains words from Lucid Online (PR Agency), which is definitely cheating, but their description is so perfect and informative on multiple elements, that it was impossible to think of any way to enhance this without actually losing great parts. Honestly, there probably couldn't be a better write up than this press release - seen via italics.

Following on from his first release of 2019 “Vegan Chat”, Grime veteran Meridian Dan doubles down on the music front with the release of his latest single “London In The Rain” - which has been covered previously by OUAG - with fellow Grime hotshot Flowdan.It’s the first in a slew of releases this year and is now accompanied with an unusual music video that further sets the Tottenham rapper apart from others.

Teaming up with producer SX, the North London rapper is aiming to breathe life into the Grime scene with this menacing new single. Sinister synths and head thumping bass serve as the core elements, and that’s all that’s needed for Dan to drop his harrowing verses, going back to back with Flowdan, whose presence is felt with his unmistakable deep tone.

With Netti Hurley handling the artistic direction, the video sees Meridian Dan offering a more unconventional tour of London from the skies. With the negative-cast visuals showing London in a bleaker light, we get a glimpse of the far-from -ancy side of London that Dan is putting across in his bars. Both Meridian Dan and Flowdan are representing a more candid essence of their city that all too many can relate to.

An integral part of Meridian Crew, Meridian Dan has come a long way since his “German Whip” days. Securing his position as an undeniable figure in the Grime arena, he continues to evolve and break barriers whilst staying true to his calling and is without doubt set to have a major year ahead.
It's true, Dan's releases are well received; unique to him; and not always following the common theme of grime or UK rap. It will certainly be interesting to see what is in store for him this year and whether we may even receive a project from the Meridian Walk MC.