OG Rootz licks out shots at both Drake & Wiley on 'Goofy'. 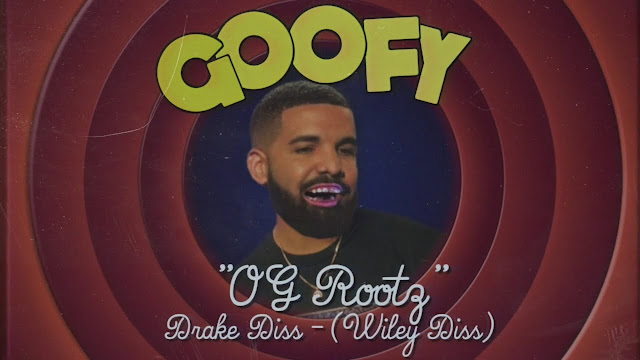 "Welcome to London, grime is grime."
OG Rootz returns to lick out shots at both Drake and Wiley on "Goofy" after the pair's back and forth.

The OG veteran conjures this latest release, taking aim at two heavyweight contenders - one in his home country of the UK, and the other from across the pond in the US. Even though, Rootz and Wiley collabed on "Murkerz", that was released not too long ago. It seems as though no one is safe from an OG attack.

Here, we see Rootz speak his two cents on the dispute between Drake and Wiley - i.e. Wiley called Drake a culture vulture; Drake called Wiley goofy - and his opinions on them.
From the here mentioned MC, that many renown as one of the longest standing greats, we receive a full 5 minutes of straight bars. Cold flows, cold lyrics, cold statements. What's more, is that from the visuals, Rootz appears to be having fun! As he swings his arm in parallel to his bars, struts confidently around the scene, and even dances towards the end. Seemingly a breeze for the spitter, he unleashes his wordplay for the pair amongst dusk scenery, surrounded by raw, concrete and metal structures filmed and edited by AMS.