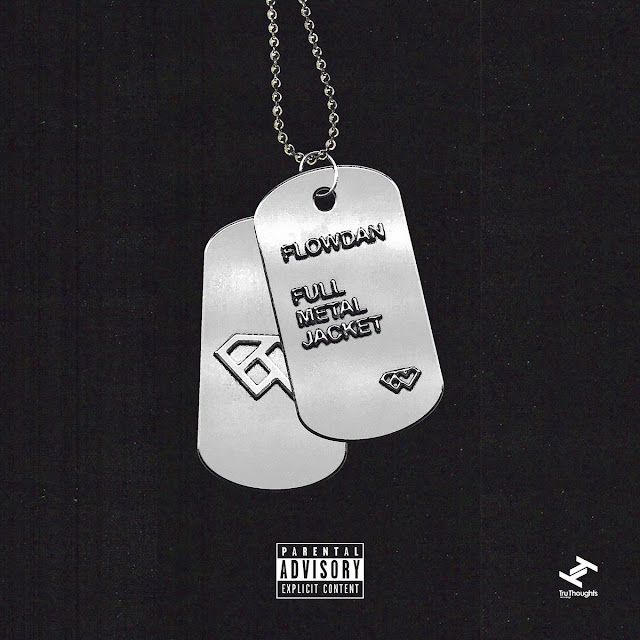 It's been a busy year for Flowdan, East London's self-proclaimed big mic man. The SpentShell boss has released two EPs via his own imprint since July last year – One Shell Fits All and Tramplezone – and also contributed to five of the six tracks on label compilation Welcome to SpentShell. His third full-length album Full Metal Jacket, released on Friday, is a return to Tru Thoughts, with whom he released his previous LP Disaster Piece in 2016.

The new project features instrumentals from grime veterans Maniac, Footsie and Plastician as well as comparative newcomers Riddla, Filthy Gears and Muszolini. Vocal contributions come courtesy of Boy Better Know's Frisco and Killa'z Army member and Tru Thoughts label-mate Irah, two known affiliates of Flowdan's, both with equally gruff and distinctive tones. Recent singles "Welcome to London" – a vocal version of Plastician's icy, slow-mo number "Brexit Beats" – and "One Question" – a call-and-response conversation between Flowdan and a brazen persona he describes as his "reflection" – both feature on the album.

Taking on some characteristically dark productions, often marked by eerie keys, 808 thumps, and gliding basslines, Flowdan's gravelly musings are placed at the forefront of each track. Early highlight "Boss" finds an amped-up Flowdan and Frisco lacing one of Filthy Gears' most intriguing instrumentals of late, deploying carefully-calculated syllable schemes over piercing woodwind and dubsteppy synth work. Another Filthy Gears brainchild, "Deadly" features catchy low-register hums not dissimilar to those used by the likes of Kid Cudi and Travis Scott. This vocal experimentation is something explored further throughout the album, with Flowdan's alter ego on "One Question" pitched up and both himself and Irah dabbling in autotune on "Cool Nuh" and "News at Ten" respectively.

The Maniac-produced "Cash Flow" is unusually introspective for the former Roll Deep member, who reflects on the fact that he's not a full-time musician ("I still hate going to my day job / And putting in hours on my night shift") and the compulsion to buy his children expensive gifts ("I'm out 'ere, going hard 'cause I've got daughters / Yeah, my son dem love Jordans"). Meanwhile, therapeutic closer "Weed Soak" (also produced by Maniac) picks up where Disaster Piece standout "Bob Marley" left off. Another ode to his vice of choice, the track sees Flowdan spit "should have a PhD in THC" over a dub-inspired beat dominated by delayed synth plucks.

Full Metal Jacket is another polished and thematically robust LP for Flowdan, mostly sticking to the bass-heavy productions and badman tropes he knows best. Now twenty years deep into talking greaze, it's the unpredictable moments where he slips out of character, like the family man on "Cash Flow" and the politico on "Welcome to London", that make for the most interesting tracks.

Stream Full Metal Jacket in full below, and find Flowdan on Facebook and Twitter for more updates.