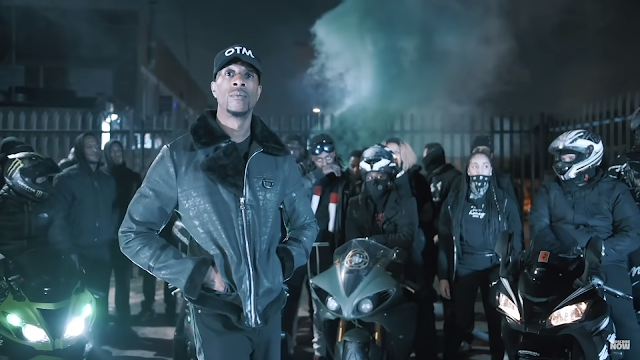 Durrty Skanx and the BBK veteran Jammer, gather their forces together to rule the streets and destroy this remix of "Roads".

After releasing the calmer original in April last year, the #DurrtyWork MC now seeks something heavier; darker; more hostile; and powerful - and this record certainly achieves that. The instrumental, "The World" by Jammz, is aggressive, mean, snappy and will bite back. It's formed from nostalgic female vocal samples, before progressive strings increase in volume to usher in the main bulk of the track. Once this happens it's pure grime and dirt - deep brass; metallic hi hats; an off-beat sample, tight snares; and jumpy kicks.

Skanx steps right up to the mark without fear; going in on the "roads" narrative of the record and his experience. He maintains his flow at a healthy pace, however the output is bold, confident and sure. Although the beat contains dynamic, high energy, Skanx controls this well and makes himself the lead role. Jammer steps in with his usual character and spirit, which fuses fantastically with the beat. Taking a slightly different approach to Skanx, the BBK affiliate first spits on being done with the road, but recognising the fun he had. Proceeding with this grown mentality, whilst laying out the street realities, Jammer drops in a great feature - and a well placed adlib of Jme's, "Boy Better Know!"

Lastly to mentioned are the visuals. The two lyricists gather a lot of support as video reveals a magnitude of slick cars, bikes, quads, and people. Released via Link Up TV, but shot by Tunnel Vision TV, even the video is hard! Dark, smokey atmospheres; territorial troops; rapid edits; and a slew of nice effects.