GHSTLY XXVII reignites his beef with Logan on 'Smoke Bacon' 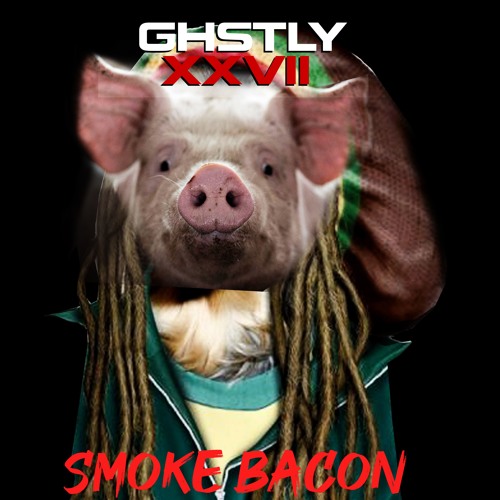 South Acton lyricist GHSTLY XXVII was originally scheduled to take on Willesden's Logan for Lord of the Mics VIII, and the two clashed while sharing the stage at Grime Originals back in January. However, GHS changed his mind about Lord of the Mics; Armz was parachuted in as his replacement and he and Logan were given six days each to write their bars for one another.

Following a three-month social media detox, GHSTLY XXVII has returned – and his beef with him. "Smoke Bacon", produced by close collaborator Max Profit, is a short but sweet send for Logan in which he remixes some of his opponent's most well-known bars, as well as claiming "soundbwoy, you're the same age as Wiley" and "with your dead accent, you are not a yardie".

The West Londoner implies that he ducked out of his scheduled LOTM8 appearance because he felt Logan wasn't on his level ("I told Jam get somebody worthy"), before he goes on to challenge his rival's athletic achievements ("We don't wanna hear 'bout personal best / Stressed out 'cause you can't bench what I bench") and preaches an ethos of quality over quantity ("You was on the radio every single day of the year, yeah / But you're still swag, though, Logan").

Logan has since responded via Twitter saying that he won't be recording a reply. Meanwhile, you can find GHSTLY XXVII on Instagram for more updates.