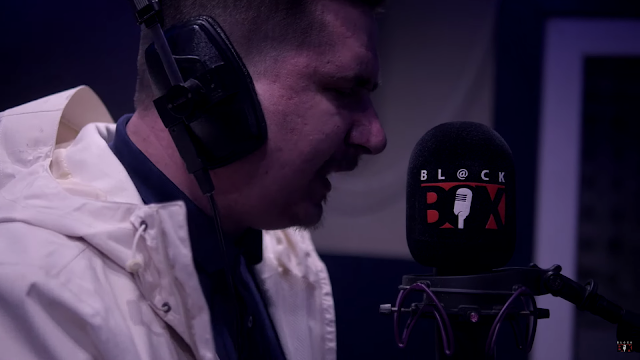 J Smart has dropped his debut "BL@CKBOX" Freestyle and, accompanied by an icy Pyro production, the Harlow wordsmith exhibited a combination of raw energy and a smooth flow that will make Grime fans sit up and take note.

The Essex MC also dropped his debut EP "New Depths" at the start of the year, calling in features from legendary former Roll Deep member Manga Saint Hilaire, an exciting and versatile MC in XP, and SHELLYVINE members, while still holding his own and delivering a very solid project. The EP was a mature and contemplated insight into J Smart's own life and served as a marker of his ability as an MC.

His BL@CKBOX freestyle, however, is a far more aggressive and unrelentingly intense. Yet holds an equally cheeky display of his ability on the mic, compared to some of his past work, as the barrer pits himself against other MCs in the scene - "Where are the mountains these MCs go to? Some any little 10p Gokus!"

View the video below, and make sure to follow J Smart on Twitter to keep up to date with new releases and videos.