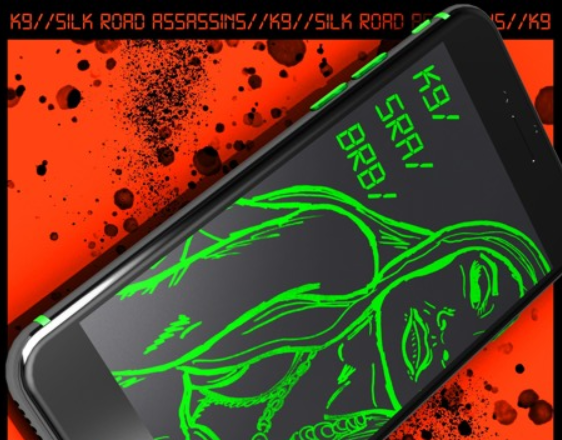 K9 is one such artist that holds a diverse amount of styles - the grimey "Top Dog Freestyle"; 2014's softer and meaningful "Stress"; the trappy OUAG premiere "9"; and the electrifying "Taste of Metal". He now dissolves a pinch of drill elements into his musical stream, as this latest record "BRB" blasts out eeriness, sonic dominance, and thundering low-end.

The West London lyricist is guided by a production patterned from close affiliation, Silk Road Assassins. Similar to "Taste of Metal" (also produced by them), the beatmamkers truly infuse a sense of darkness and sinisterism to the track. Sub bass creates an undercurrent of thunder allowing for the other timbres to float on top. As tight snares lash out like lightening licks, an eerie high synth forms the cold rain droplets to this musical storm.

This record is especially interesting as its a unique combination of sounds and context. Whilst we are given icy sonics that could cut you at any minute, and K9's vocal tone that is just as sharp; in contrast we hear lyrics on K9 kicking with a girl and having to leave because of "work", though this does change strictly to K9's "part-time" job in the latter verse.

As mentioned before the beat is dangerous, which compliments K9 perfectly, as his raw and almost savage voice seems to tame the riddim and cement it down, in order for the artist to reign dominant. As both music and artist lash out in similar aggressive fashion, we hear the "KruddyNinez" touches on the roads, packs, long hours, late nights, and having to do what is required when submerged in that environment.