Manga translates the brightness & fun of 'Fear No One', to similar visuals 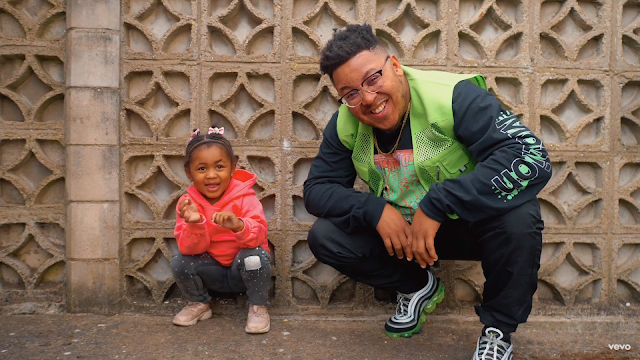 After the release of 'Fear No One' - a combined effort from Manga, Mitch7 (Maxsta) and Bare Selection - we are now delivered a fun, bright music video.

The single launched midway through last month - OUAG write up here - and as the song holds a positive, feel good warmth; so too do the visuals.
Initiating the video is a nostalgic camera effect and the same font as used for the artwork, here we are presented the characters behind this body of work. Directed by Saoud Khalaf and Manga, we mainly see the Roll Deep MC performing the record, whilst linking with various acquaintances. What stands out is the use of bright colours, and almost glimmering atmospheres - Manga's even got the lime green construction-style jacket patterned with his kick's colourway. Oranges, greens, yellows and blues shine out; which aligns in style with Manga's recent Outsiders Live Forever merch and that of Stevie Grimes (who actually makes an appearance).

As mentioned before, the video is as the record sounds and Manga seemingly stays; fun, upbeat, positive, bright, and loving.