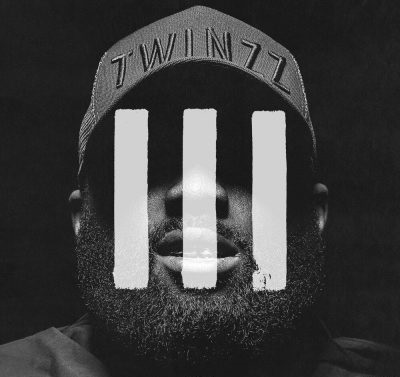 P Money drops his highly anticipated third installment of Money Over Everyone; and it's everything a grime fan could have asked for.

On Friday we were finally delivered P Money's MOE3 album - one that many have been waiting months for. The fairly lengthy, 15-track, project portrays wicked bars, energetic instrumentals, a stream of gully features and a variation of vibes; but most importantly why P is such a crucial member of our grime scene.

The Lewisham barrer has picked a selection of specific producers that seemingly moulds this creation into one of a particular sound. Though vibes do adjust within the project to display liveliness, energy, power, dominance, control, tranquility and clarity. Silencer contributes some serious darkness; Filthy Gears adds an epic banger; Tre Mission sends over a technical, bouncy one; even the legendary Thomas Mellor slips in some clarity and emotion; whilst Splurgeboys place a calmer, 'rap' style into the mix; and Shanghai-based producer Zean forms an international connection.

P touches on a magnitude of subject within MOE3. "That's Air", for example speaks on washed olders, who's helping the youngers, violence, riding out for no reason, and everything air.
"About Grinding" is a powerful reminder that P has been working and bussin' grime since early. Whilst, "Lose My Cool" sees P lift up the new gen as he rapidly shells on a bouncy riddim before Jafro, Izzie Gibbs, and Drifter add their talents. A collab with fellow OGz member, Blacks, "Serious Don" yells out with a calm rage and humourless interactions. Lastly, "Lyrics"; which holds the danger of it is in the title, as we are presented yet another sequence of why P is not one to mess with.

To conclude, this project is a great body of work from P. It's unapologetically honest; a tornado of bars from start to finish; shinning with precisely placed features; and bluntly, spectacularly, and intensely.....grime. He started with grime; he continued with grime; he will seemingly end with grime; he has shelled sets and had notable clashes; he sprays big MC bars yet often intertwines those with meaning and a message; he consistently focuses on grime and its betterment; and is one who works with others and youngers, and at least mentions young generation (musically and not) and appeals to put them on. As the phrase goes: "Protect P Money".

The tape has been received well by the industry and fans, as Logan Sama also gave much praise to the MC and the project:
"Bruv, you are consistently cold. Every single time. Your love and passion for Grime helped keep it up so many times throughout your career. This project will do the same and launch it upwards further still. There’s SO MANY bangers on this project. The beat selection is fucked. This thing is an absolute winner. You said a lot of things that NEEDED saying and didn’t give a fuck because people needed to hear them. You’re a G for making this right now when we need it most. Everyone go and stream and download and buy this immediately today."