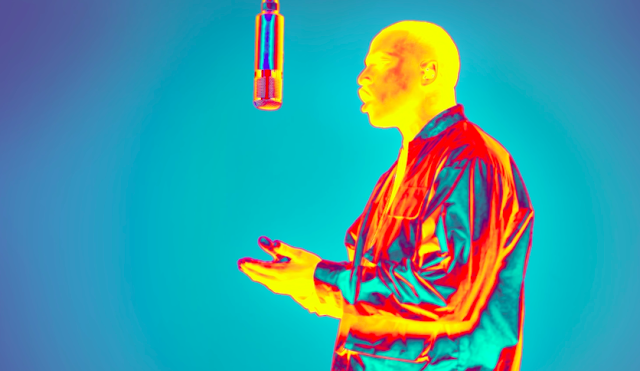 Tottenham star Skepta clocked the formula for crafting an album for the masses from early. Each of his past four projects have showcased relatable topics; a combination of aggressive and softer sonics; a generous helping of US-inspired rap sandwiched in among the grime; and diverse collaborations ranging from pop singers to his Boy Better Know comrades. On his fifth long-player Ignorance is Bliss – which soared straight into the UK Albums Chart at number two on Friday – the seasoned lyricist takes this blueprint and runs with it, pushing the grime sound to new pastures and all the while littering in salient references to cultural phenomena like Birdbox and the Nintendo Switch.

Entirely self-produced, with occasional assistance from the likes of Ragz Originale, IO and Trench, Ignorance in Bliss is an aural masterclass. Opener "Bullet From a Gun", which was almost titled "Ignorance is Bliss", sees Skeppy candidly discuss hard truths he's learned about doomed, strained and flawed relationships over a melancholy instrumental centred almost entirely on reversed synth plucks. The accompanying visuals, released five days prior to the album, depict his newfound duties as a family man, keeping his newborn baby close as bustling commuters pass them by at Camden Town tube station.


"Greaze Mode", the project's third single, is one of two déjà vu-invoking productions on the project (alongside "You Wish"), and relies a little too closely on the throaty basslines and simplistic leads previously heard in songs like "No Security" and "It Ain't Safe". Even its lyrics are largely rehashed, with Skeppy interpolating his own chorus from A$AP Rocky's "Praise the Lord (Da Shine)" as well as a famous lyric from Dizzee Rascal's pioneering single "Jus' a Rascal". The song's chorus calls upon Luton resident Nafe Smallz, a worthy representative of the growing cohort of autotune-centric singers adjacent to the UK rap scene.

On "Redrum", pounding 808s meet eastern, pitch-bending strings, reminiscent of Jammer's early sinogrime offerings. Hearing cult stateside rapper Key!'s lax half-time rhymes and "ayy" adlibs over a 140 BPM instrumental makes for interesting results, especially as they're the polar opposite to Skeppy's own tightly-weaved multi-syllable flows on show just seconds earlier in the song. As the song's cryptic title suggests, it's about murdering opps; but in a metaphorical sense rather a literal one ("It's not everyday guns and shanks / More success piss everyone off").

"No Sleep" finds the North London legend offering sage advice on money management and musical longevity over clattering pitched percussion, and appears to be autobiographical in the sense that he's passing down lessons he's personally learned the hard way. He later delivered a short rendition for COLORS Berlin, released a week after the album and complete with thermal imaging identical to that on the album cover.


On the swaggering "What Do You Mean?", American influence very much shines through.  The newly liberated J Hus, a certified hip hop head who has previously covered 50 Cent and Nate Dogg's "21 Questions" for Radio 1's Live Lounge, delivers one of his most high-pitched choruses to date, likening himself to various dictators and gliding around in pitch with his every syllable.

"Going Through It" features stellar leftfield co-production from IndigoChildRick, combining mechanical whirs with atonal basslines not dissimilar to those found on Rocky's latest LP TESTING. The confessional track serves as a deep dive into Skeppy's mental health, and he describes himself as a "villain" while anonymous women brand him a "fucking mad head" and claim "it's like talking to a brick wall".

Halfway highlight "Same Old Story" serves as an outlet for Skepta to vent his frustrations with his quest for love over playful flute melodies not dissimilar to those used in early Ruff Sqwad instrumentals. Refreshingly and maturely, Skeppy flips the script on misogynistic tropes like "body counts", acknowledging his own double standards when interrogating women on their dating history. This feels like 2019's answer to early grime cuts like Dizzee's "Jezebel" and Essentials' "Jenny", redressing the slut-shaming attitude that was once prevalent within the genre.

"Love Me Not" features a cringeworthy autotuned chorus from Cheb Rabi and some equally uninspiring bars from B.Live ("got another email from a female") calling back to Skepta's major-label pop days, but a vibrant, garage-leaning instrumental comparable to the recent output of grime peers like Scrufizzer and Milli Major, and an intriguing Sophie-Ellis Bextor sample which has since been endorsed by the woman herself, somewhat redeem this bizarre number.

The cheesy one-liners and tired clichés sadly don't end there; on "Animal Instinct", an otherwise imaginative track which finds Skepta and Lancey Foux lace an instrumental dominated by spaced-out strings and pads, Skepta becomes perhaps the hundredth artist to shoehorn some "Link Up" / "GRM Daily" wordplay into a track. More positively, Foux makes an anti-racist statement on the chorus ("You see the white man's face when they see us in the rave?"), which Skeppy further explores in the ensuing track.

On "Glow in the Dark", Skeppy name-drops Nelson Mandela, dismisses racists ("tell a supremacist that I'm supreme"), and condemns the current Conservative government – also expressing a wider mistrust in politicians in general, especially those who seek to profit from being seen to associate with him. Close Boy Better Know affiliate Lay-Z and afrobeat sensation Wizkid each get a chance to hammer out the catchy hook, which seems to serve as a metaphor for standing out as a force for good in an otherwise cruel environment.

"You Wish", for the most part a cookie-cutter banger, is home to a few witty lyrical gems, including those exploring his identity as a proud second-generation Nigerian immigrant ("My dad never came London to put tickets on windscreens"). There's another Dizzee interpolation in here – this time a nod to his iconic clash with Crazy Titch.

Penultimate heater "Gangsta" is one for the grime devotees. Linking up with the full Boy Better Know roster (Shorty, Frisco, Jammer and Jme) over searing basslines straight out of the dubstep playbook, Skeppy and his posse condemn fake badmen, with a particularly stellar verse from his younger sibling Jme. Finally, lead single "Pure Water" wraps up the project on a high, with braggadocious bars set against a thumping, minimalistic production. Skepta's strongest album to date? Quite possibly.