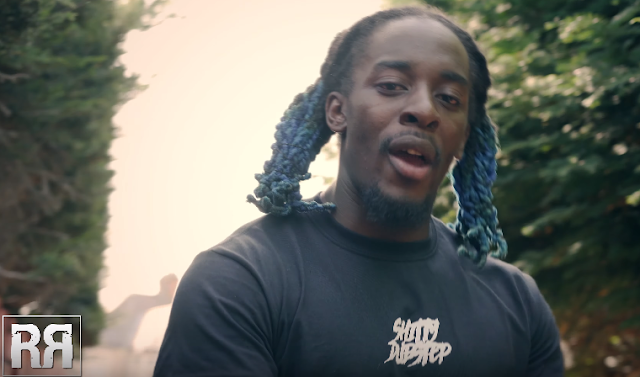 North West London lyricist Logan has linked up with rising platform Rosko Records – co-founded by Nottingham MC SHXDOW and videographer Ben Reid – for a high-octane freestyle over CREEP N00M's recent instrumental "Shao Riddim". Interestingly, he seems to aim plenty of indirect lyrics at Acton's GHSTLY XXVII, who was originally slated to be his opponent for next week's Lord of the Mics VIII and who recently sent for him on war dub "Smoke Bacon".

"Run from war, dem ah run", the Willesden native observes, presumably in reference to how his rival pulled out of their high-profile showdown and gave him just five days to prepare to face new opponent Armz for the prestigious clash DVD. He also alludes to their battle at January's Grime Originals rave, where the two shared the stage and Logan got a wheel-up with an indirect lyric after GHS sent for him directly ("Shelling dem pon stage, mek dem run fi di dungeon / Funny now 'cause unnu have no relevance").

Find Logan on Twitter and Instagram for more updates, and be sure to check out our extensive interview from earlier this month to learn more about the man behind the music.