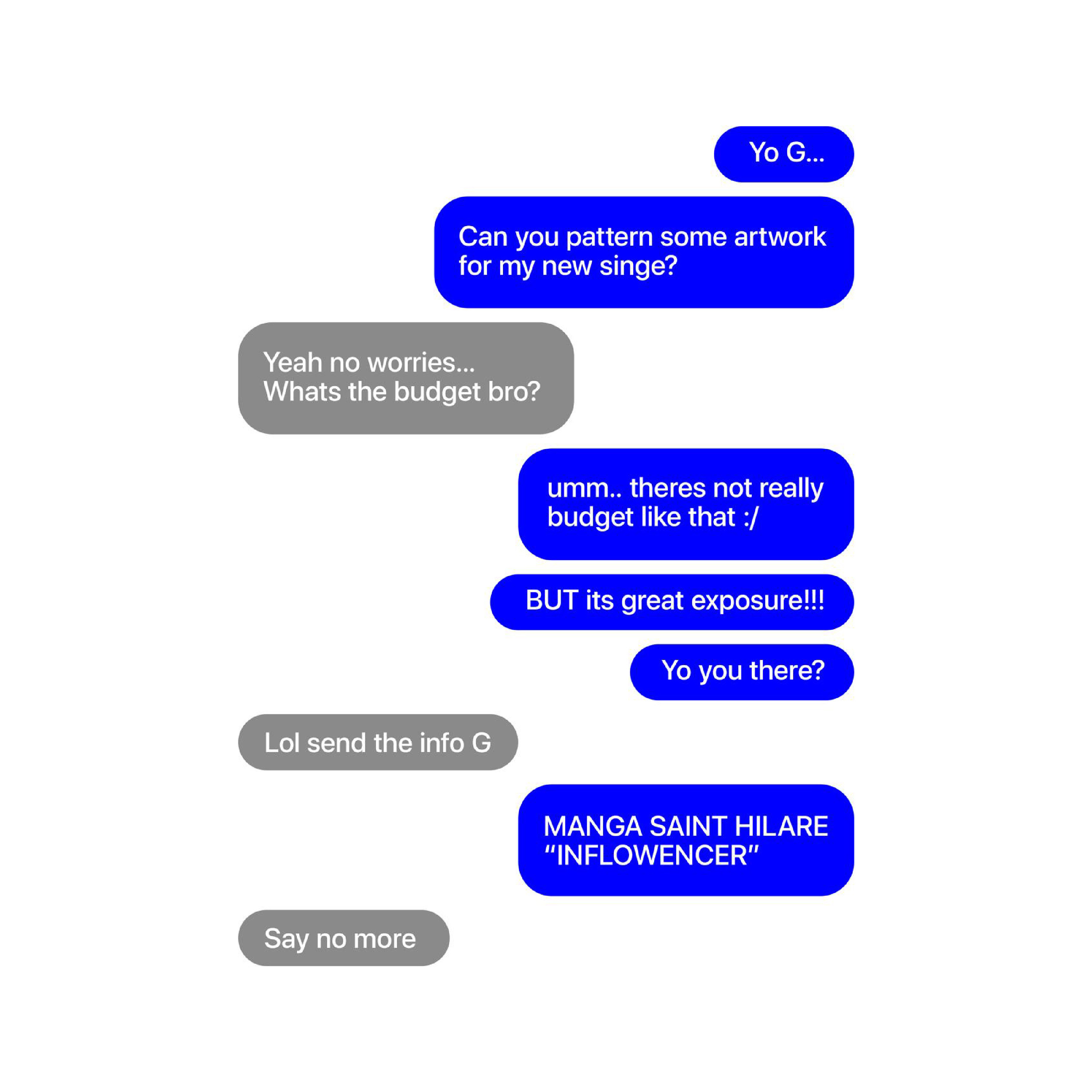 "Inflowencer" is Manga's first single since "Fear No One" back in May. The song was announced via a humorous Twitter video, as shown below:

The video was followed up by another the next day, wherein Manga helpfully informs us on how to be an influencer:

Both the Twitter videos and the song itself, including the music video, are a satirical take on social media 'influencers', and social media in general. The music video is fairly creative, featuring footage from Instagram and Twitter. Manga proudly declares, "Best grime album for 3 years, none of dem man dere do move like dat".

The song was mixed and mastered by Juxsta, while the music video was edited and directed by Theo Blackledge. For more from the grime scene influencer, you can find Manga on Twitter and Instagram. Check out the video below!