After the colossal conclusion of Game of Thrones, and presenting us a taster of the music video several weeks back, Jus Rival now drops "Arya Flow" single and stern visuals.

Like leaping across the court yard to plunge her dagger into the scewfaced ice-man, Rival summons Arya as he delivers a similarly blunt and cold execution in his raps and attitude.The Filthy Gears production commences with a nostalgic "Who's laughing now?" sample from Roll Deep's "U Were Always", and thus, we are presented with the record's narrative: petty problems in the scene. What follows is a soft and calm bass line, elevated subsequently by an amazing synth lead, drenched in appealing vintage reverb; swaying and whining across the mix. As Rival fully steps into his verse, the bass line takes control once again, but evolves into a broken, funkier pattern.

"I feel like, I'm ready for all of ya. I get rid of evil like Arya. Who said what 'bout Rivz? I'll take out the heart of ya."

Rival spits in a variety of tones - increased energy as he shoots down enemies; subtle intonations as he questions the scene; and a calm, clarity as though he's genuinely attempting for us to understand through his examples and explanations. Touching on issues within the scene and how he rises above it, we hear his thoughts on neeky guys, his time in the game, no new friends, man remaining the same, and him setting trends - all combining to portray his history in grime, whilst proving a solid banger in today's age. As the title invokes, Rival truly crushes the flow on this record - a cold combination of skippiness; prolong accents; and directness.

The music video, shot by Aaron James (@ajmediapro) places Rival in a seemingly familiar environment - pitched at his crib surrounded by his associates. Other shots drop in and out to generate contrast, especially the use of the dark outdoors - potentially a cold representation of his similar icy heart to certain aspects of the scene. It's raw, hard, true to the artist, and by far "all about branding here". 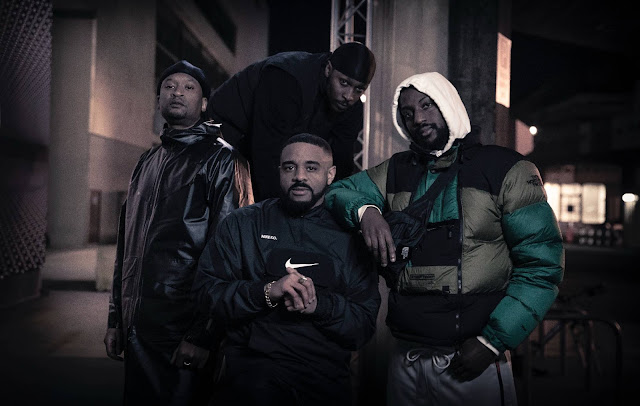