Inside: Invader Spade shares his approach to imaginative new beat tape 'Final Round' 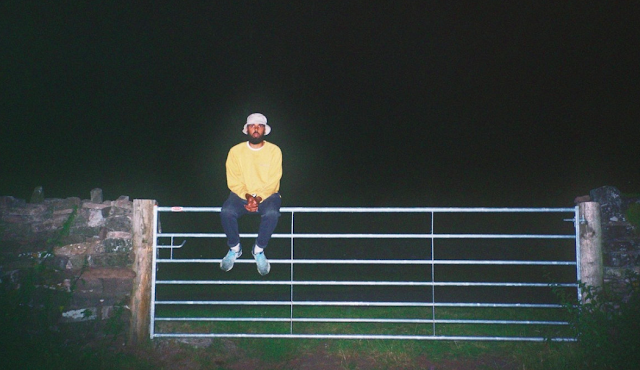 Rhythm and grime never went away since its rise to prevalence in the mid-noughties. In the last twelve months alone, we’ve seen some sensational R&G releases from labels such as Pear Drops and Pearly Whites. The refix culture within grime has long history in using R&B samples over the 140 format – if you think about grime’s genesis around 2001, the dominant sounds coming from the United States were in equal parts soulful and club-ready, thanks to the likes of TLC, Destiny’s Child and Blu Cantrell. For a lot of people, these new iterations of iconic R&B tunes take listeners back to the nostalgic era of grime synthesis.

Since 2015, the amount of R&G produced has quietened somewhat, which has paved the way for some other sounds to take the limelight – but it’s hard to top a well-sampled, choppy Usher refix in the dance. With some big names in this bracket, one such name is ever constant: Invader Spade. We caught up with him to discuss his new eleven-track-strong beat tape, Final Round.

Growing up in Zimbabwe, Spade spent most of his formative years listening to R&B. “It's just the music i grew up listening to, made into what I listen to now, basically,” he explains. “Sweetboy shit.” Moving to the UK and immersing himself in grime culture really carved the foundations for precision-cut blends of his favourite slow jams.

"TURN IT DOWN LET ME TALK TO YOU GURL" is a sleazy intro to the project that takes what typically would be a sample and turns it into an instrument, with guitar licks staggering over one another. "ATOMS" brings gentle vocal stabs onto delicate snares, only pausing to re-fill drinks.

“I draw inspiration from all my mates, really. I'm not as into the scene or following it as much now that I work fucking loads.”

"CAN'T WE SMILE" is an altogether gloomy minute and a half, demonstrating a rarely heard darker side to R&G. Following suit is "CREATIONS (Instrumental)", offering up a solemn, ritualistic mood.

“I use a lot of Logic at the moment, but I'm an FL [Studio] boy through and through.”

"DO IT WITCHU" lightens things up with a dreamy, vocal-driven melody. "ME MYSELF AND KNOWONE ELSE" leads off with punchy percussion, with choppy mids skating over the top. "ROMANCE" is a slow jam for the ages, combining a firm but fair melody with lo-fi drums, which winds down in "YOUR PRESENCE" to a sleepy saunter. "SOZ" is an early-morning dreamer, with precision-cut snares instead of coffee to wake you up.

“A day in the life of Invader Spade? Work, wine, zoots, music and anime or some other mad cartoon... then cooking up some mad shit.”

"LETSGEDDIT" brings more of that sombre atmosphere felt in earlier tracks, which leads into the project's pinnacle and closer "WHERE DO U GO" – a reminiscent reflection on its predecessors, combining the flavours throughout.

Written at the end of this project on Bandcamp is: “last in the series... will be moving on and making some different shit. thanks to everyone for your support over the years, means a lot.” This sparks the question: what's next for Invader Spade?

“I'm not sure what's next. More music for sure, but probably more weird stuff. I've been sitting on loads – definitely gonna put one or two more things out this year. Hopefully something physical next year... we’ll see.”

Grab the Final Round EP from Invader Spade's Bandcamp below, and find him on Twitter for more updates.