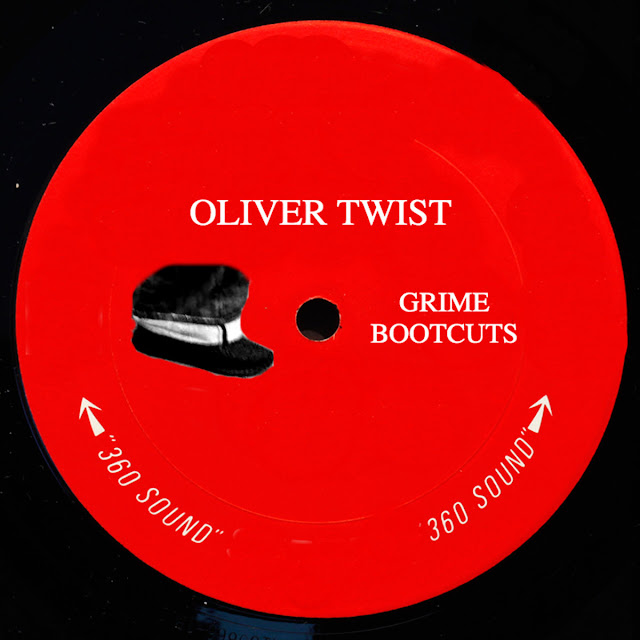 Here is the first in a new series on Once Upon a Grime. Every month, we’ll run down some of the best pay-what-you-choose grime releases that have caught our ear while digging online. Although you can download everything on this list for free, please consider supporting the artists directly and paying something for tracks if you like them.

Having recently been selected as one of four guest DJs to play at at Keep Hush’s Club Turbo night on 1st November, beating 150 other mixes that were submitted, Oliver Twist is a name to keep a close eye on. This EP features seven hard refixes using instantly recognisable grime tunes and samples. ‘GREAT DANE’, the remix of Skepta’s ‘GUNSHOT RIDDIM’, and ‘WHEEL UP DAT’ are massive, but all the tracks are more than worth copping.

This ten track collection of choppy grime instrumentals is, while a bit rough in places, impressive overall . A few beats get it bang on – ‘1080 Bass’ is huge, ‘Wooii’ and ‘Goin In’ both move with a great R&G vibe, and ‘Don’t Speak’ has an interesting wave aesthetic which mixes beautifully with the vocal sample selected.

We know almost nothing about Russian producer Trizna, apart from the undeniable fact that this single is a pure and simple grime heater. Besides the original, two alternate versions, a bass mix and a beat mix, are also available for download. Get at this right now.

Following the release of their GHOST EP last November, Kinetical & P.tah have dropped this EP of remixes courtesy of a number of Austrian producers and one producer from Italy. No less than twelve tracks are included, remixed in a massive range of styles through the whole spectrum of grime, making this an absolute must-have. There’s even a heavy, ragged DnB cut in the mix for an unexpected twist. Getting to know the names on GHOST Remixed is a great entry point into a too-little-known section of the international grime scene.

Strange and experimental, this EP is not for everyone. The title says it best: these are shifting shapes carved out of grime beats, pulled and stretched to the musical boundaries. It might miss the mark at times, but there’s a lot that’s well worth listening for: ‘Soldier Strings’ is a strong track, and 'Broken Radio' includes some engrossing soundscapes.

Finally, we have four tracks of nostalgic eskibeat cuts from powerhouse producer Dullah Beatz. Balancing elegant melodies and growling basslines, it’s a masterclass in the original sound of grime. It The Invisible Eski Kid still offers something fresh, though: check out the space-age synth solo in ‘ICE CABIN’, or Dullah’s skanking rework of Wiley’s ‘Morgue’ in ‘ESKI KID’.