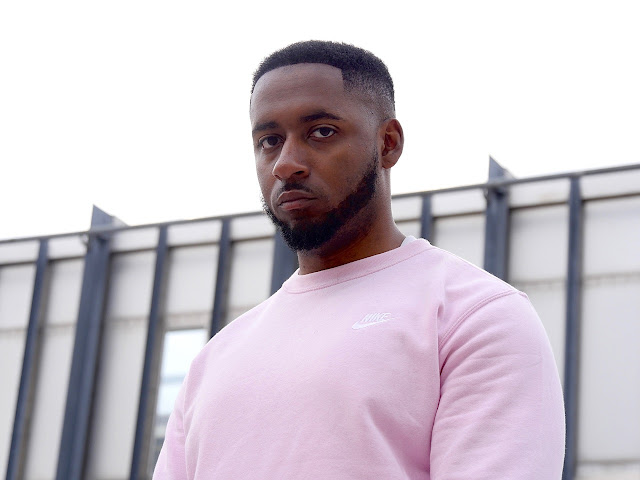 For the latest instalment in our mix series, we've called on North West London's Charisma for an electrifying 34-minute journey through various strands of grime, dubstep and breaks, packed with unreleased gems.

Rising to prominence as the resident DJ for New Grime Order (the content curators instrumental in the Grime4Corbyn movement); The Collective (a now-disbanded crew of underrated MCs helmed by Luciferian); and the in-demand youngster Yizzy, he's one of the brightest new talents in the game, and has held down a specialist Mode FM show entitled Young Kings since 2018. He's also occasionally made appearances as a record producer, releasing with prestigious Bristol label Pear Drops.

We caught up with him for a deep dive into his musical roots and cutting-edge techniques. Stream the new mix below, and scroll on for the accompanying track listing and our full conversation.


What was the soundtrack to your childhood?

I've been introduced to music from everywhere in my family. My mum used to listen to Capital during the weekday, then a radio station called Vibes FM – gospel on a Sunday morning. My brother used to listen to US hip hop and jungle. My sister used to like commercial garage – Craig David and all that stuff. I very much accepted a lot of music.

If I'm talking mainstream, literally almost anything by Lil Jon. I like the crunk movement – East Side Boyz, them kinda stuff. Especially the Elephant Man remix of "Get Low". My favourite grime tune growing up was Fire Camp's "No". I remember listening to it one time with my dad, going home, and he locked it off at Face's verse, the one where he goes "you don't wanna war or..." I didn't really like [Lethal Bizzle's] "Pow" straight away, but "No"... I think it was mainly the instrumental which got me, but when I heard that verse from Face, I was just like 'yeah, I like this'.

So when did you first hear grime?

I was first aware of it back in about 2003. I was eight years old them times there. First tune I heard was actually "Fix Up, Look Sharp". I know obviously it's not officially grime, BPM-wise, but it being Dizzee and it being on Boy in da Corner... the first proper, proper grime tune I heard was [Lethal Bizzle's] "Pow (Forward Riddim)".

Have you got a musical background?

I've been around music my whole life. From about the age of six, I'd done musical theatre on weekends. Singing, dancing, drama. My dad just got me into it, I guess. I've always loved musicals.

A lot of them were film adaptations like Grease; Oliver Twist; Bugsy Malone; Guys and Dolls. My favourite musical's Little Shop of Horrors. I like the motown theme to the soundtrack a lot. Eventually I got the main lead for a couple of productions.

That must have involved learning a lot of lines.

Yeah, but I'm pretty good memory-wise. There's a lot of things I do tend to remember to a tee. I personally didn't find it a problem – I loved it, honestly, I really did – but when I got forced into it too much, I was like 'yeah, cool, I'm done'. I done that until I was about fourteen, fifteen. The last one I ever went to was Sylvia Young on Saturdays. I guess my dad was tryna make something of me. Even though I did enjoy it, at this point I was a teenager, so I was a bit like 'ahh'.

It did teach me a lot of things about keys, harmonies... things which I obviously mainly apply to my production. Even when I'm mixing, I like to mix two songs of the same key.

That's quite difficult, isn't it? Do you have to do pitch correction? Do you figure it all out in advance?

Nah, that's the thing! Sometimes I know in my head 'OK, those tunes are 100% the same pitch'. If they're the same BPM as well, I know it's gonna sound good together. Obviously, you can't put any two tunes together, you've gotta make something of it. DJing's an art. You need to be creative. But I don't really struggle when it comes to that. Sometimes, it's not executed as well as I want to do it, but then we learn. Obviously, it's better to learn when you're off radio than on radio [laughs], but other times it's pulled off. 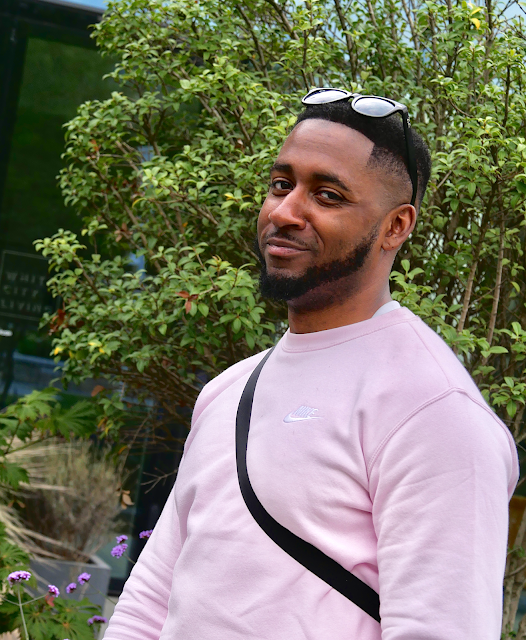 What inspired you to first start DJing?

It was one Logan Sama set. I remember I was at the theatre – Tricycle Theatre in Kilburn – and going home, my dad locked into KISS. Logan Sama was on, and there was P Money, Skepta, Jammer, Blacks, Little Dee... Basically Roll Deep, Boy Better Know and OGz. I was starting to take a liking to P Money at this time, so I was like 'rah'. I heard that set and then I listened back again. I literally heard every single mix that Logan done.

My brother downloaded Virtual DJ and I thought I would just do the same. Just downloaded it on my dad's laptop – I didn't even have a laptop at the time. Just fucking about for a long time, really. I used a controller, then went to decks. When I was getting taught, the person who was teaching me said I needed to know how to mix my vinyl, otherwise I can't DJ. It's an old man thing really, although he was in his 30s [laughs]. Love to Pablo, he's cool.

So you're a vinyl collector as well?

Oh yeah, 100%. I love my vinyls, man. That's the thing, it's just so good to feel it in your hands. The first time I mixed with vinyl, I was struggling, but it actually is fairly simple once you do it enough. You learn with CDJs or any other controllers, Technics, which you use to make sure that everything's on point. Again, it's old technology, but it does help you in the long run. 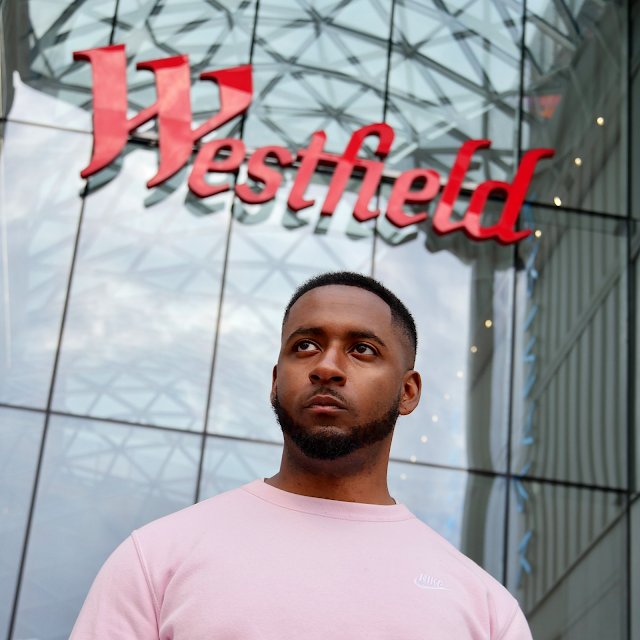 Have you ever had your own dubs cut?

No. I have got a couple vocal dubs, but I have yet to cut them. I would only ever use them if I actually decided to do a vinyl set, and I've still not even done a radio vinyl set, so...

Is that an aspiration?

Quite possibly. Definitely in the future. I've got the vinyls, but I haven't even got a case yet! I'm still carrying them in a carrier bag and I've got over sixty. I know that's not a lot in comparison to a couple veterans, but it's still something, you know?

When did the DJing hobby get serious and how did you first get onto radio?

I actually only got on radio three years ago, funnily enough. The first radio station I ever went to was Radar back in 2015, but that was only to use the practice room. I never got to use the actual main set until later: 2016. I was really looking forward to try and get something on there, but they didn't want me, so it is what it is. My first radio appearance was 2016, on a station in Petersborough, alongside Rame from Setting Pace. From there, I was moving from strength to strength with The Collective – at the time, Luciferian was patterning a lot of sets for us. Jabz was a very open person, so he'd always speak to people and get an opportunity one way or another. Basically, where they went, I went, and I kinda got my name from there, I guess.

You've been their DJ and Yizzy's in the past. Do you find your song selection or your technique is different when it comes to DJing for MCs? 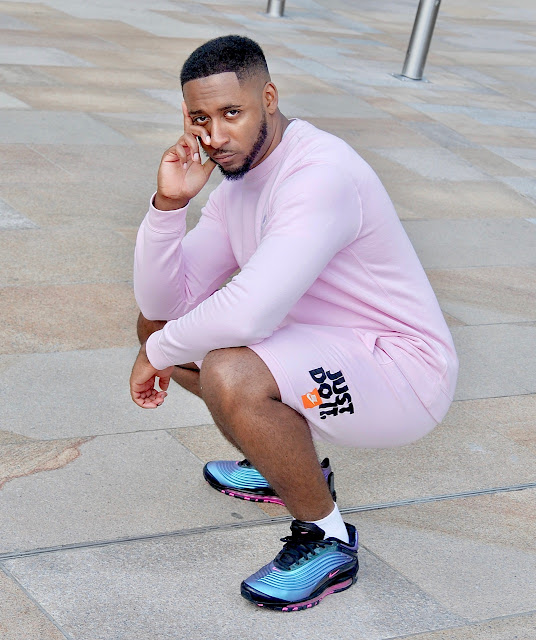 I've done a bit of digging and found that you used to use the name Output. You've got a bit of history as a producer – did this come before or after the DJing?

Yeah, I was tryna create an alias for that, now that you bring it up, 'cause I actually thought that you were gonna bring up another name [laughs]. That being said, my first DJ name officially was Nova, like supernova. I don't know what the fuck I was thinking. I was young, I was only like nineteen and I was just doing it for fun at this point. I was just like yeah, I need something... super hot, boy! [laughs]

I wanted to think of something related to me, and it was actually originally Mr Charisma. I wrote it down and I was like 'nah, I don't really like this'. So I ran with Output a bit from then. But I think I confused myself, because obviously I was producing after I started DJing, but I weren't really doing it too consistently, which I still kinda... am not [laughs]. After that, I thought 'let me take away the Mr'. Didn't even call myself DJ, just called myself Charisma. If I do end up producing then that's cool; being Charisma is nice and simple. And plus, my @ handle on social media [@CharismaMixes] kinda says what I do.

So you're still keeping up the production side of things occasionally?

Now and then. I've been a bit lacklustre. That's just because I don't feel like my PC performs high enough. I know grime's a very DIY genre, and we do make the most of what we have, but I feel like I wanna know I'm comfortable with making it. Sometimes I get agitated and it really brings out my spirit. Then from there, I'm just like 'ahh, I don't wanna do this'. But from everything I have ran with, I do get a lot of good reception.

One of the most recent things I made was called "Charisma Riddim". Literally just a little funky eight-bar tune, inspired by Major Lazer's "Pon De Floor", and Bassboy's "Yes (Here We Go)". I put my adlib in there every four bars. I always had that concept: 'I'm gonna put my adlib in there'. People actually gave me a good response, but I haven't finished it, so I can't give it out just yet. Again, like I said, I can do it, but I've gotta be in the moment.

Have you got any shows or sets that you'd like our readers to watch out for?

The last set that I did was alongside Tiny K, a former member of The Collective as well, on Starz & Deeza's Pyro Radio show. Personally, I think it's one of the best performances I've actually DJed. I felt it myself that everything was perfect and it was actually me on top form. Sometimes, I have my moments! In terms of upcoming shows, all I'm gonna say is hold tight the Newquay massive. Can't really say no more other than that, though, to be honest.

Bonus question: have you ever broken a fader?

No, I actually haven't! I know a lot of people look at me and think I'm a clumsy guy, a drunk guy, but on God I have never broken a fader, not in my life. Hopefully never! I've got my own decks at home, and I know the amount of care you've got to put into it.

Find Charisma on Twitter and Instagram for more updates, and check out the full track listing for the mix below: