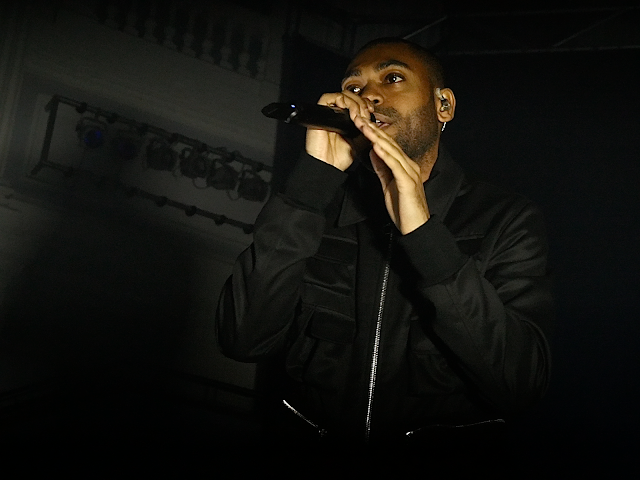 
Descending on a packed Town Hall on Saturday night, East Ham grime and hip hop icon Kano marked his return to Birmingham with one of his most ambitious stage shows yet. Serving as part of a five-city string of initial tour dates for his sixth LP Hoodies All Summer, the sold-out event saw the Top Boy star showcase his new album in its entirety alongside some fan favourites, with support from fast-rising Hackney rapper Kojey Radical.

Backed by an unusually extensive live band including two sample-savvy DJs, a drummer, a pianist, four gospel-inspired singers and a brass section complete with a sousaphone, the 34-year-old MC took fans through Hoodies All Summer in more or less chronological order, interspersed with select tracks from 2016's Made in the Manor as well as the eternally-loved hit "Ps and Qs". 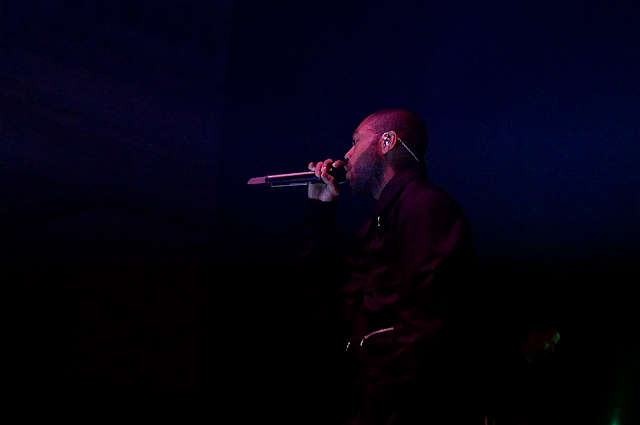 With instrumentalists rotating in and out of play where needed, the full brass ensemble joined Kano to create epic crescendos on upbeat anthems like "This Is England", "Garage Skank" and "3 Wheel-Ups", as well as the feel-good, dancehall-influenced closer "My Sound". Impressively, even the more traditional performers were trained in the art of the wheel-up, with several songs enjoying reloads throughout the night thanks to enthused crowd reactions. On recent single "Class of Déjà", Kano went back-to-back with the pre-recorded voice of Ghetts, and the two finished one another's bars with electrifying energy despite his former N.A.S.T.Y Crew colleague's absence.

Powerful political musings were nestled into the lyrics throughout the night, climaxing with a vitriolic condemnation of Conservative immigration policies on "SYM" – the Hoodies highlight which saw all five vocalists onstage singing "suck your mother" in a comically soulful arrangement. "Teardrops" is an equally thoughtful and moving reflection on institutional racism, while another consistent message throughout the night encouraged young people to walk the righteous path and to avoid committing heinous crimes – highlighted in tracks like "Good Youtes Walk Amongst Evil", "Trouble" and "A Roadman's Hymn". Plenty of food for thought – right at the peak of the UK's political party conference season, Kano's been embarking on an equally ideologically insightful tour of his own.

Kano returns to Birmingham on Valentine's Day, 14 February, as part of a nine-date leg of the Hoodies All Summer UK tour. Tickets are on sale here.