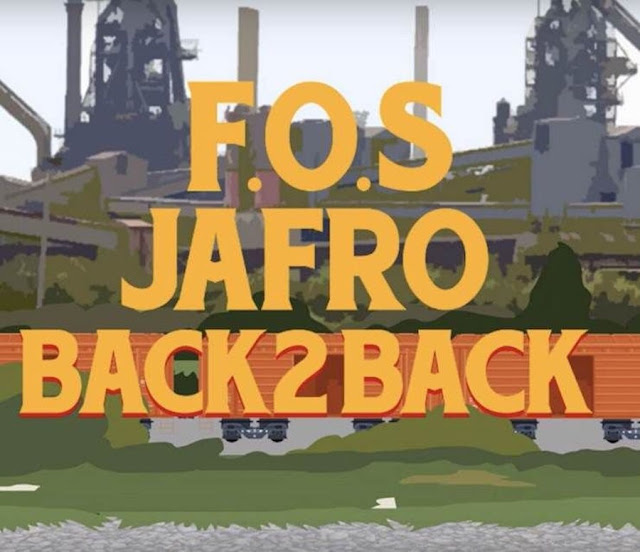 Jafro, who is progressing up the ladder with records and freestyles since LOTM, and FOS, who performed very well on Krept, Konan, and DJ Target’s The Rap Game UK, have connected their scorching styles to go ‘Back 2 Back’ with accompanying visuals.

The video, showcased via SBTV Originals with animation from ADSAPAPS, shows the pair amongst urban environments; performing their bars in some interesting settings. As an animation, this is a cartoon replica of the artists – in a style that SBTV first launched years ago, but was taken on in certain videos by other channels like GRM Daily. However, this animation seems to have stepped it up a bit. The motions are smoother; shots cleaner, cartoon of artists more developed, and with overall more advanced and greater scenic details.

As Jafro and FOS go back to back, they bounce well of each other due to their similarly wicked flows and sharp tones. Making this connection nationwide, the Leicester (Jafro) and Scunthorpe (FOS) MCs spit some cutting competitive lyrics and mark their individuality from the rest; as the chorus rings out “they don’t wanna come against I...Imma make them boy sky high”.