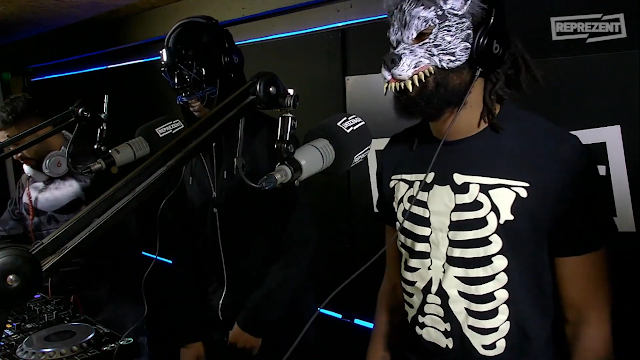 After a relevantly quiet week in Grime we decided to postpone the Sunday Sets by a week last week, but we're starting off November in a strong position. It's the usual suspects as Mode FM, Pyro and Rinse FM all supply us our fix of Grime. Once again Oblig has a couple of features as he hosted a Halloween set on Reprezent Radio with Tintz, K9 and Jus Rival joining him on the South London station, plus we've got his first official show since joining Rinse FM on a permanent basis after leaving Pyro. MicTy featured on the mic as Oblig span the beats.

Speaking of Pyro, Kirby T's show with Rawz Artilla and Banganostra has been a highlight from the past week or so. Jammz, Jack Dat, Tiatsim, Lewi B and Kotei held a Beat Boss special on the I Am Grime show, whilst Tiatsim and Spooky went back-to-back for Hitman's Birthday Set. You'll catch the likes of Hitman himself, Riko Dan, Kruz Leone, Deadly, Vader, G Man, K9 and many more on that one.

Rounding off the Sunday Sets for this week is another Mode FM feature. Misundastood, Trends and Boylan went threeways on the decks as Razor supplied the bars.

Hopefully you've found a new favourite of yours amongst the six sets this week, but don't forget to check 009 and 010 out too for more Grime.

Oblig alongside Tintz, K9 and Jus Rival for a Halloween Grime session

Misundastood, Trends and Boylan B2B with Razor on Mode FM