Review: Spooky shows all his sides on 'Ghost Mode Chapter 1' 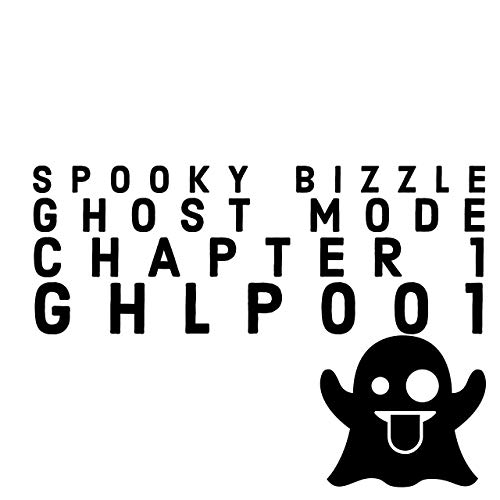 In the world of music, some generalise artists into two areas: the first are the fame driven, charting artists who use the latest in marketing strategy to gain the most capital out of a song. They will usually release music more sporadically to allow the most impact out of each piece of music.

The second are culture driven, who release most if not all of their music with less focus on money and more on having a significant sonic impact on a genre of culture.

There is, however, a third area. Where an artist will basically adopt area two and try to release everything they have, freeing up music that may have sat on an old hard drive for years- or even just dropping entire albums worth of new material as soon as it’s made. There is one person in grime who is in the third area. It’s Spooky.

Spooky is for the people, and his discography is like a novel; an autobiographical delve into the mind of a badman producer. His regular offloads like a new chapter, each track an illustration of his inspiration at the time of making.

In his latest instalment - 'Ghost Mode Chapter 1', Spooky celebrates the very stripped back sound that sets him aside from the rest. 'Boogey Man’s Wobble' starts is off, and it’s wall to wall crud. Spooky can be sometimes found running dubstep special shows in his usual slots, and this track demonstrates his versatility within 140. It’s always surprising to know just how long spooky has been in the game, and the second track 'Gremlins' really shows some of that old school instrumentation really nicely.

“Fruity was my 1st bae and always will be. Reason was a side chick for many years but Logic is the new bae even though I still fuck with Fruity.”

- Spooky sharing his love affair with software new and old

Continuing that theme we get a sprinkling of horns on 'Snakes and Ladders'. Utilising ominous bells for an altogether gloomier side of spooky. The mood bleeds into track four - 'Shadows'. Where a lot of spooky productions are fun, this takes on a more serious approach.  'Dark Western' is a flight mode tune. With subtle introductions to new instruments, the baseline glides along throughout, showing a more relaxed side to spooks.

Up next is 'Blood Run Red' - a really classy piece that, like Dark Western, is held together by a clever bass that does just enough, and never too much. 'Road Rat' resonates with other recent spooky productions, more of that unapologetic slap in the face we’ve come to love.  We are so accustomed to EP’s from Spooky, or soundcloud drops; which tend to be 4-8 tracks of artillery bombardment. This album has a different feel already, a more refined slick approach to production, with a careful ear used to order the track list.

“There's a time for original written stuff and there's a time to write fun stuff like bootlegs etc.. depends what mood I'm in on the day.” - Spooky on his approach to the project

Track 8, 'Supermalt Dub' explores Spooky’s haunting ability to make a real stepper.
Whereas Space Love brings a weightless dreamer to life. 'Switch Off' brings the heat with an eerie zoner that exudes greaze. 'Yardie Loudpack' bring militant drums to solemn strings to create a sadness rarely felt in a Spooky production. 'Digital Paradise' is uplifting, and leans on a very futuristic synth melody throughout.

'Skumbag' at track 13 brings back the crud for a barrage, taking no prisoners for 4:38. Just before Top Boy takes off again for a flight around London Estates. 'Jelly Mountain' takes a very playful melody, and gives it a re-sound  using new plug-ins. Very Reminiscent of hearing Jam Pies for the first time on avalanche music 01. And finally, rounding of the album is the anthemic 'Deep Blue'. Where electro synths cut through a floaty atmosphere.

It’s an eclectic journey through moods and sounds, with sides rarely shown by the Spartan. But some of the standout tracks were some of the more restrained. Where spooky used his experience to cut through on softer melodies.

This incredible project is out now and available to buy through Bandcamp below, Amazon Music and Juno.