Snowy and Jason Williamson strike back at the establishment in 'EFFED' 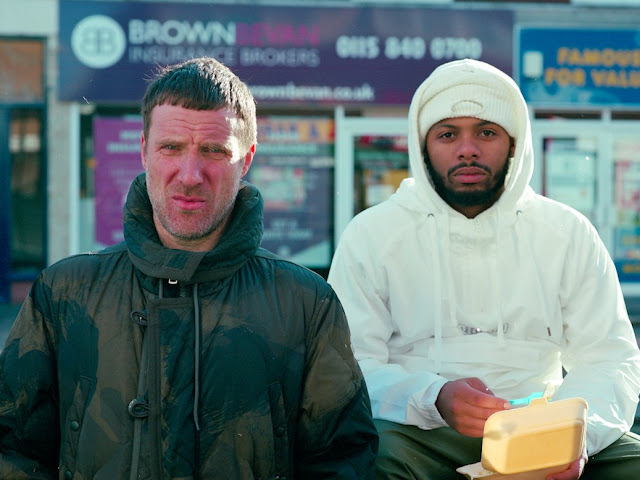 In a mad meeting of Nottingham minds, Snowy has linked up with Jason Williamson, one half of the abrasive electronic punk pair Sleaford Mods. The result is ‘EFFED’, an anarchistic soundtrack to the political turmoil of current times.

The single opens with a rant from Williamson that sets the aggressive tone even before the beat kicks in - a fierce production from Lenkemz that fits punk energy and snarling, distortion-laden bass with hard-hitting grime rhythms. Snowy begins his verse declaring ‘Young, black, working class / I tick all the above’, before swiftly moving to criticise the established ruling class with ‘Keep saying next year that I might vote / but none of these pricks do shit for the fam’ and ‘Nothing but criminals working in Parliament / Nothing but criminals working in banks’.

Taking aim at everything from the treatment of immigrants, to the tax system, to how ‘urban gets love from the middle class / but its arm’s length, they don’t wanna get stabbed’, ‘EFFED’ is angry and effective. The track paints a bleak vision of a divided society, striking out against the spun and filtered narrative we are usually fed in the media.

Listen to ‘EFFED’, out now on DMY Recordings, below.