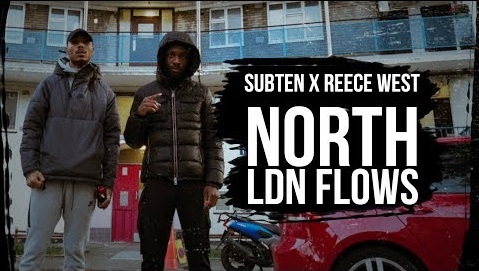 
Repping their respective ends, the two MCs perform over an up-tempo but icy Musical D production. Holding many key and appealing elements the beat alone is fire, yet not overpowering.

Subten launches in first. The Tottenham MC provides some heavy flows, which interweave well amongst the beat's tempo - increasing and decreasing the speed as he goes. Reece West follows after this. With a slightly lower vocal tone, the Haringey MC sounds more submerged within the mix rather than running above it. Maintaining a steady flow he produces control and composure.

As the record the proceeds, the pair take turns to spit their bars, rep their bits, and showcase their "North London flows". Both connect well within this record as their overall performance unites almost, however they present just enough original style - tones, flows - to differ themselves, and offer a pleasant contrast.
Would be sick to hear remixes of East, West, South LDN Flows…???...