Doni Rampage lashes out heat with grime/rock meltdown of 'Rage' 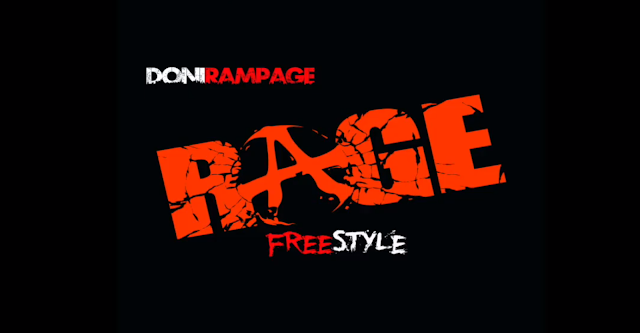 The first of many 2020 freestyles by HMG's captain, Doni Rampage unveils this fiery session of "Rage".

Previewed yesterday, an Instagram teaser saw Doni Rampage vibing to this freestyle - presenting heat and high energy. He now drops the full version and does not disappoint. Riddla Productions crafts this electric and rocky instrumental - partnering the harsh sounds of rock with gritty grime.

Ferocious guitars rain down a mean melody, as subtle but intense-generating percussion aim to control as much as possible - definitely forming a suitable atmosphere for the song's title. The Brixton/Stockwell MC also uses the song's title as his narrative. Absorbing this built up energy and spraying it at those who try to oppose. This feels like a declaration of Rampage's position in grime and his skill; as he touches on his years in the game, hours practicing his craft, waving the Hellahigh Music Group flag, being back on track, and overall displaying a sample of what is hopefully to continue with these freestyles.