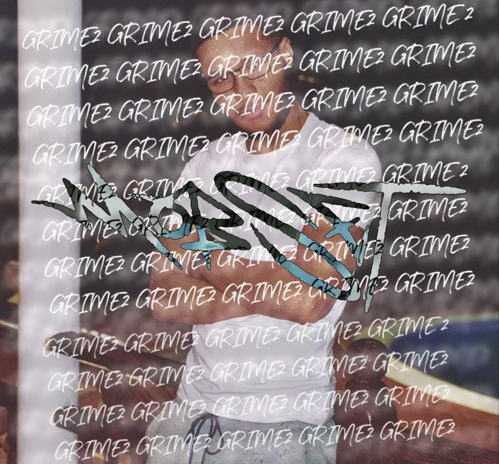 As the dust settles on an epic lyrical War Season, but may just be gathering in the producer realm; Squintz lashes out with two grimey dubs - “GRIME” & “GRIME2”. Not a send per se, yet most definitely depicts his skill, creativity and that he can hold his own on the battlefield.

Squintz is not one to back down from a lyrical warring - as seen in last year’s antics. Though, seemingly not aimed at anyone in particular or at least not a certain name mentioned, these two records hold just as much energy, ferocity and angst. The North London MC reaches into grime’s past for the first joint - one that has actually been used in this recent MC war - but looks to its younger gen for the second. “GRIME” yields the dominant strength of “96 Bars of Revenge”, that few else can rival; whilst “GRIME2” holds the dangerous tones of a SBK and AsIfKid production.

The Mob Set MC strides into this first track and delivers a wheel up worthy performance in the first few seconds. Amongst the tens of MCs that have patterned Jme’s legendary riddim, not once has it been shelled with the type of flow Squintz brings to the table. A bouncy cadence sways in motion as Squints unravels his bars. Using subtle melody in his tone, boosts a surge of interest within this first pocket and sets Squints up for a sick start. These first 8 bars are ridiculous, and a unique spin on this heavy, powerful, bar-focused beat.

The Edmonton-based rapper advances to lick out at wet MCs and their inferiority against him. Squintz lets us into certain roadside experiences, his run in grime and false talk; whilst later on, mentioning his future in music and dismissal of likes and hate. We receive a reputable, confident declaration, laced with statements and jabs; and overall, an excellent display of his talents.

“Why does the grime scene settle for less / One of these MCs can big up their chest / And claim they’re the best, they’re wet / Talk bout flows, but didn’t you know / That we’ll make you blow like a bomb, that’s dead / Tryna gain interest like unpaid debt”

Squintz leads into the second track by bigging up SBK - who released a couple decent dubs for relevant MCs whilst the war was still hot. This riddim holds more of an intrinsic narrative but still licks out competitive shots here and there. SBK and AsIfKid secure the instrumental as an icy synth prances over to create a formidable melody.  Squintz intensifies the mix via an introduction shouting out his set and “nuen ain’t gang”.

The beat drops slightly but only to build its strength, before incorporating slicing strings and powerful low-end. Squintz maintains the solid stature constructed within the previous record and spits with a vicious tone. He first denounces Twitter and Instagram chat, combats catting MCs and displays fearlessness. This leads into an introspective section, began with a sick rhyme pattern - touched upon moved locations, past home life, younger attitude, and negative environments. Squints progresses with his certification within the inner-city genre and overall dutty, grimey lyrics.

“It’s calm if grime ever dies cause I’ll be here one pad, one pen reviving it”