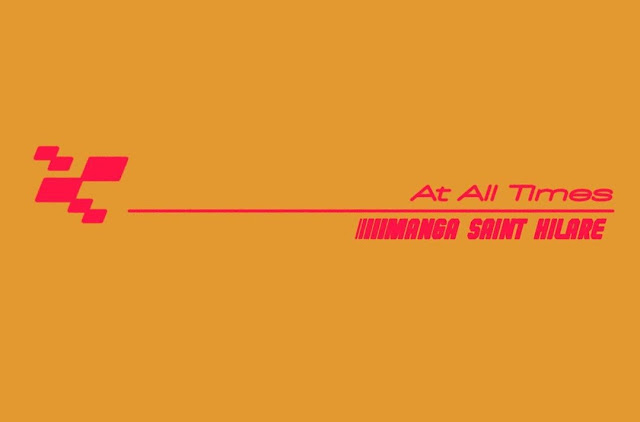 Manga has seemingly found a new work rate booster or maintaining his vitamin intake, as the North West London MC has been on a colossal roll out as of late. Dropping a surprise project with Murkage Dave and the entire 'We Need to Look After Us' campaign, to his steady stream of singles - most recently, and interconnected: "Don't Hold Your Breath", "No Deal", and now "At All Times". The man is truly is dishing out vibes on top of vibes. Not only is he delivery this wave of great music, but acquires Izzie Gibbs for a latest feature - returning the Northampton MC to the music scene and most significantly, back to us grime fans.


This is Manga's third single of 2020, all holding parallel artwork - seemingly gearing up for the forthcoming Make It Out Alive. Produced by the legendary Silencer and mixed by Bare Selection's Freeza Chin, this instrumental clean, energetic and fast-paced. A funky but subtle melody guides us through, riding closely attached to supportive bass, a whiny synth, stuttering percussion and the odd interesting transition effect. Keeping up with the riddim but flowing effortlessly, Manga catches pace and runs with his bars.

Staying on point and getting to the coin at all times, Manga takes us through his lyrics. The "Outsider" chooses his verses to go at other MCs. Declaring his skill, formidable drive, and unstoppable and unfinished journey, he dismisses other's lack-luster releases amidst a hoppy and alluring cadence. He develops this narrative into the 'what goes around, comes around' echo of karma, inter-playing this within his marathon mindset and those that currently assume they are winning.

After this, we receive a welcomed return from Izzie Gibbs. Though NN's breakthrough act seems to be preparing for something special - "Bout to pull up and smoke everything bangers fi ya headtop" - we haven't heard much from him since 96LS or "U Know" with RK. Undoubtedly merging his sound to a slower tempo of rap, it's refreshing to hear Izzie on a 140. The vicious spitter gets straight into setting the tone with: "...this is easy, my 16 is sicker than your CD". Izzie claims a heighten, lyrically spot next to Manga as he follows suit in differentiating himself from "1 or 2 flow" MCs. An almost devilish outburst of a flow unveils itself as Izzie commands a more dominating delivery - "since birth been damaged, that's why the rhymes are the maddest"; "lyrics for lyrics, dismantle a man"; "fuck clashing, head back cabbage, patched and packaged, I told you that I'm savage".