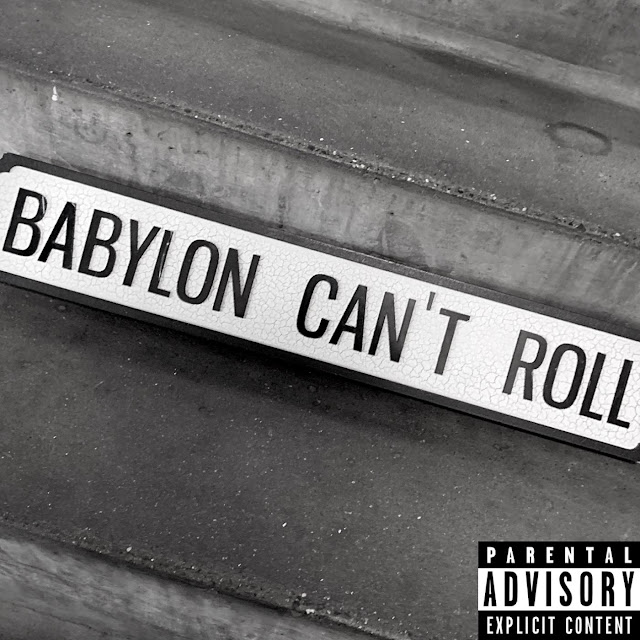 Nottingham's Mez has released a new 5 Track EP; 'Babylon Can't Roll' after having previously announced the name for the EP online. 'Babylon Can't Roll' features songs from a variety of producers, including frequent collaborator Grandmixxer, Teddy Music, Scratcha DVA and even producing a track himself.

The first joint on the EP is title track 'Babylon Can't Roll', released three weeks ago on Mez' official channel, which we covered in more detail here. The song has a different feel to the average Mez song, as it feels a lot less raw and aggressive than other offerings from the Nottingham MC. The production from Grandmixxer is excellent, as the two combine once again to great effect.

For me, the stand out track of the project is 'Alien' which, alongside one of  Mez's usual dynamic and passionate performances, features a cold verse from frequent collaborator Spitz which helps to makes it a song to remember. On 'Modern Warfare', Mez enlists P Money and the pair go back to back with devastating effect, shelling a Teddy Music beat.

All in all the EP is a short yet  example of the refined talent that Mez possesses. After the successes of both 'Tyrone' and 'Tyrone 2',  and 'Socially Awkward', the joint EP with Grandmixxer, Mez certainly delivered again here.

'Babylon Can't Roll' is available to stream on all major platforms, and below on Spotify. Be sure to follow Mez here for updates on any upcoming music