Review: B:Thorough links up with JT The Goon on 'Calm Levz' 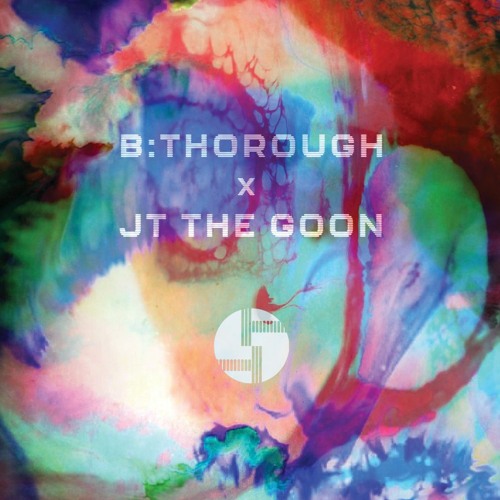 Over the years there have been various trends and waves in the sound behind grime. From the original eski-beat clicks and squarewaves, to the trap snared inspiration of later years, Bristol bass to London melodies, all contributing to the sonic melting pot we have today. The new generation of producers have a plethora of technology, influence and heroes to draw insight from. We don't all meet our heroes, but given the opportunity you would probably want to utilise it the way B:Thorough did when he met JT The Goon. The Croydon based producer hooked up with the Slew Dem and Boxed legend for five tracks of audio mastery. A month after it's release, and B:Thorough's eagerly anticipated Rinse FM debut - OUAG delved into the release and chatted to the pair about working together on 'Calm Levz EP'.

Opening up with 'Night Wave (Sunrise Mix)', it's instantly recognizable that JT's melodies are setting up for B:Thorough to really get creative with the 8-bit distortions that seem to glide alongside each other so harmoniously. Feeling like a more pepped up 'Forward Fantasy', this track sets the tone for this Boxed inspired dreamscape of an EP, with two of the best to ever do it.

'Floaty' gets down to business, bringing a mood not too dissimilar to early underground Last Japan productions. "Having produced for 20 years I can definitely say technology has shaped the sound of grime. Back in 2000 I had a Playstation and that was it until I joined Slew Dem crew and we got a Korg Triton" remarks JT as he talks about that classic Triton sound he brings to his music. The call and response is impact-full, and the iconic Triton sounds weave in and out of abrasive bass.

Sounding like it's straight out of 2006, next up is 'Grimey Sat' which is a a bass laden melodic drama just asking to be vocalled (but also cathartically perfect without). It's a great example of what the Boxed movement has done for instrumental grime, giving producers the chance to go on a journey with their music and explore some more complex pieces.

"Boxed started bringing a lot of producers and fans of grime together to hear something new. I got to meet so many new people with so many new ideas"

Calling off the EP is the title track ‘Calm Levz’ which feels like a B:Thorough showpiece. Laser cuts synths set the direction through this dystopian landscape, with frequent uplifts of JT sounds. It’s at this point where the idea of two heavily melody lead producers coming together makes so much sense. Throughout this release, the pair have complimented each other’s styles.

‘Calm Levz’ came out digitally and on a limited edition tape, marking the launch of B:Thorough’s new label Textured, of which this is the debut release. It’s stellar beginning for the imprint, and a tough one to follow. We certainly hope this isn’t it for the duo, but for more of each of them, be sure to check out their respective bandcamps. You can Also follow them here both on Twitter too: @bthoroughmusic @JT_THE_GOON

PS. don't forget you can check out B:Thorough’s Rinse FM debut below: