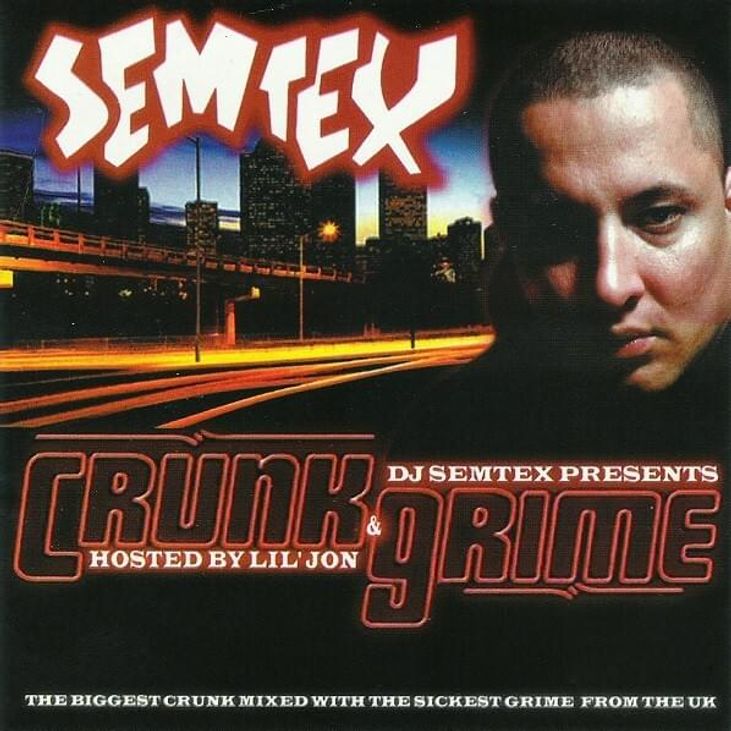 "Big Semtex in the area, watch out, glocks out!" - Kardinal Offishall

Following the release of Dizzee Rascal's Boy In Da Corner project and the subsequent buzz, grime would pique the interest of some media outlets in America. The reception was mixed, from curious in-depth looks into the emerging scene to open disdain ("[..] alien British rappers Roll Deep finally step out onstage and start yelling over accordion-fart loops" was not the most flattering review). Despite the early attention, grime was never able to truly cement itself in the US, but that didn't stop collaborations from crossing the Atlantic. A small scene would emerge in Brooklyn, New York led by the likes of Shadetek (who produced Skepta's "Reign", for the unfamiliar). Listening to "Brooklyn Anthem" feels like a strange venture into an alternate universe where grime was pioneered in Brooklyn, rather than the UK. Sadly, the scene in Brooklyn would fizzle out eventually, later replaced in the late 2010s by a new connection between the UK and Brooklyn - drill music.

The most interesting early fusion between American hip-hop and British grime music, however, was achieved through a now difficult to find mixtape, Crunk & Grime by DJ Semtex. The mixtape features a few grime remixes of American songs, such as "What You Gon’ C", a remix of "What U Gon' Do" by Lil Jon. In-fact, Lil Jon is the host of the entire mixtape, a somewhat unlikely connection between a pioneer of the deep south's crunk scene and grime. Other curiosities include "P's & Crunk" and "Crunkalong", classic grime anthems reimagined in the style of crunk, but the most surprising of all is the three official freestyles at the tail end of the mixtape: "Pow", featuring Stat Quo & Buddy Boi, "Fast Fwd", featuring Canadian rapper Kardinal Official, and "Semtex", featuring Pitbull. If you've ever doubted Pitbull's title for "Mr. Worldwide", just remember he freestyled on grime in 2005!


As the track titles imply, all three of the tracks are freestyles over Dexplicit's "Forward Riddim", used by Lethal Bizzle in "Pow!" (interestingly, probably the first grime song to be played on American radio after it was playlisted by Funkmaster Flex in New York). How in the world did this happen you might wonder? Well, I got in touch with DJ Semtex and queried exactly that:

I read Crunk & Grime was a promotional mixtape for Dizzee's album?

Semtex: "The first Piece keepers mixtape was put out before 'Boy In Da Corner' to keep Dizzee's name in the streets, and to reflect what was happening at the time. We did part 2 purely on the success of part 1.
I put together the 'Crunk and Grime' mixtape to reflect what I was playing on the radio and in the clubs at that time."

I assumed you had connected with Kardinal/Stat Quo/Pitbull via Lil Jon, was it just a case of hitting them up and asking them to vocal it? Did you ever make a Crunk & Grime part 2?

Semtex: "I reached out to each artist for the freestyles. I told them it was a good idea to vocal the instrumental, that would bring them closer to a UK audience. They were purely for my radio show. I wanted exclusives, moments that no one else could get, then it made sense to drop a mixtape. These only existed on my radio show, purely for my audience. I never got round to putting together part 2, and the mixtape game was changing."

While Pitbull's vocal is undoubtedly entertaining and Stat Quo's is an interesting fusion of styles, Kardinal's freestyle stands tall as the best of the three. In a similar vein to Jamakabi on the original song, Kardinal steps through with a mixture of Canadian twang and Toronto patois. It's energetic, he flows well, and the track could've easily fit into any British grime compilation or radio set.

Of this, DJ Semtex had the following to say:

Semtex: "The UK and Canadian Rap scenes are distant relatives. Our influences and origins are similar. Kardinal was an early fan and supporter of our scene. He was one of the first international artists to ever collaborate with our artists. He has always been an incredibly versatile MC, could spit on any tempo, and appreciated our slang, flows, and artistry. It wasnt a surprise to me that he murdered 'Pow'.

A couple of years ago I deejayed for Kardinal at the Rampage Stage, Nottinghill Carnival. We were told not to play 'Pow'....but we performed his version of 'Pow' for the last track of his set. Thousands of people went crazy, and it fucked up the set."