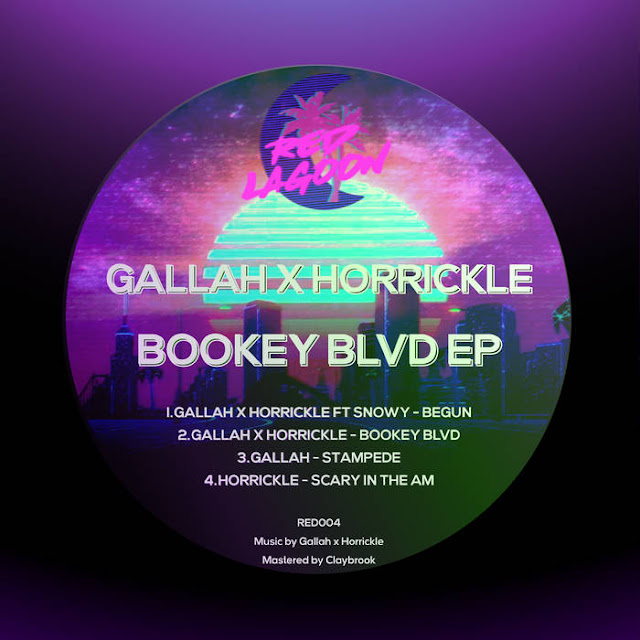 Beatboss 9 contestant GALLAH has linked up with fellow Birmingham producer Horrickle to give us yet another example of why the Midlands is a Grime haven. Midlands Grime is incredibly healthy right now. The MC’s and producers in recent times have showcased their immense talent; whether it’s commercial success from Windowkid with his hit ‘Ryanair’ or underground gems such as Snowy’s vocal of the Swamp81 ‘Butterfly’ by Patrice and Pete Canon.

‘BEGUN’ starts off eerily winding around distant MC echoes, before slapping a Snowy vocal. A perfectly balanced track that allows the Nottingham MC to get really creative. ‘BOOKEY BLVD’ is the instrumental to the previous track, and now we get to delve a little further in to the music. The reverse snares and grimacing bass give this a real horror show feel. A chilling track that sounds just as effective with vocals as it does without. ‘STAMPEDE’ warps some Japanese strings which remain the focal point, complimented by a pace setting beat pattern, only interrupted by a Taiko drum break. ‘SCARY IN THE AM’ brings more of that haunting energy from ‘BOOKEY BLVD’, only this time the beat seems to slow everything down a touch. From what sounds like a tubular bell melody to the sparse injections of bass, only the trappy snares stop this from being an all out fright fest.

'BOOKEY BLVD' is available to buy through Apple Music or Red Lagoon Records’ Bandcamp below or Spotify. It’s an excellent addition to any sets that require a little darkness and will most likely become a regular to most radio shows.