Manga Saint Hilare gets animated for 'Safety in Numbers' 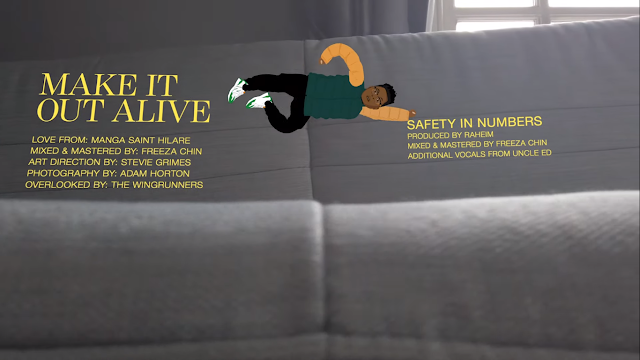 The irony of this track and video couldn't be better. Due to COVID19 creatives are coming up with new and different ideas when working from home, especially music artists who've got new music out and want a visual alongside the audio. So for Manga to pick a track called 'Safety In Numbers', when ironically, we aren't safe in numbers due to the virus, is very typical of Manga. Hilarious.


'Safety In Numbers', produced by Rahiem, is the latest track to recieve the royal treatment off of Manga Saint Hilare's latest project 'Make It Out Alive'. Shot in and around someones flat, edited by Babiel, the creativity levels are very high.

Catch the video for 'Safety In Numbers' below, stream 'Make It Out Alive' here, plus don't forget to follow Manga Saint Hilare on Instagram and Twitter too.