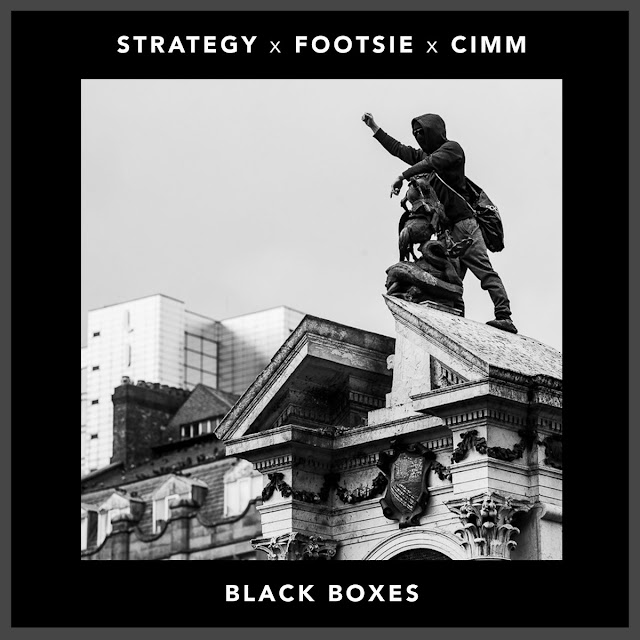 Standing against racism through their music, Strategy, Footsie and Cimm have come together for "Black Boxes", in reference to the recent Blackout Tuesday across social media.

Strategy is most often heard riding DnB, but he slides onto Cimm's mellow beat with ease, spitting about racism in football, the erasure of Black influence and the existing power structures that permit racism to continue. While Strategy's flow is swift and steady, Footsie's verse is more broken and unpredictable, giving extra impact to his bars about the unequal treatment Black people encounter in everyday life: being followed by security guards without reason, having to work harder for equal recognition and success, and the challenge of educating his children as to why they would be treated differently for the colour of their skin.

All proceeds from the sale of "Black Boxes" will go to the Stephen Lawrence Charitable Trust, who 'work with young people from disadvantaged backgrounds aged 13 to 30 to inspire and enable them to succeed'. The charity was set up in memory of Stephen Lawrence, who was 18 years old when murdered in an unprovoked racist attack.

Purchase the single on Bandcamp and watch the music video for "Black Boxes" below.