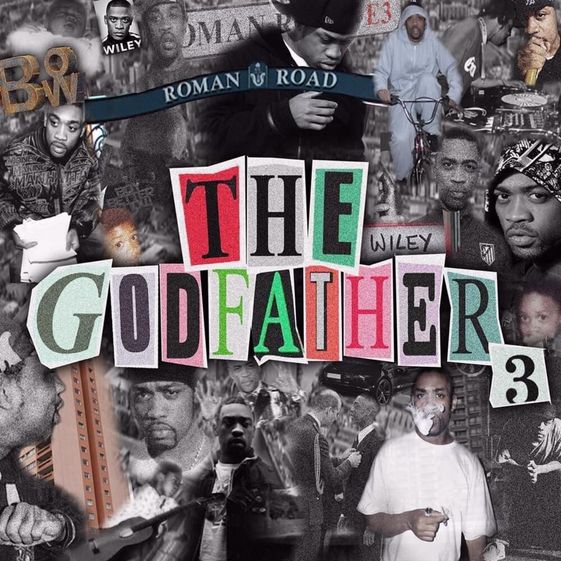 He's been teasing us for months on end with the release of this one. Indecicive as usual and it typical Wiley style, Wiley put out 'The Godfather 3' album of out the blue this week. With various scheduled dates for the project pushed back, the Roll Deep rhymber took matters into his own hands and uploaded his latest offering straight onto YouTube and Apple Music with Spotify following a day or two after. No tags on the features, no tags for the producers, not even his own name was on the uploads on YouTube. Standard Wiley. Despite the unprofessionalism which we've grown to accept and not be suprised with by Wiley, it's a solid project. The second edition in the series didn't go down so well with a large portion of Grime fans, but it seems 'The Godfather 3' will captured their hearts again.

There's twenty-two tracks featuring on this release, originally it was sitting around twenty-seven. Most sit between twelve and fifteen, but of course, not Wiley's. With such a great number of tracks on 'The Godfather 3' you'd expect a bit of variety from Wiley and maybe a bit more from Wiley himself? The album is stacked with features left, right and centre. Many MCs feature on the project various times, but none more than K9. After all the debate between the East and West London MC's over the name, with this many verses on Wiley's album, surely that secures the right to the the K9 name in Grime.

Wiley done exactly on this album what he's always done, brought through the up-and-coming/new generation in Grime. Two tracks on here are dedicated to sections of London with MC's specifically from those areas. Allegedly all four corners of the city had cyphers, but it's the South and West of the capital who make the cut. Other feature suprises and highlights include Blay and Realz on track two, 'Come Home', the eight bar 'Eskimo Dance' rally which no one saw coming, plus pulling J2K out of lyrical retirement for 'Double Dragon'.

With the lockdown going on at the moment we shouldn't be expecting any videos for tracks off of the album popping up anytime soon. So until they do, stream 'The Godfather 3' project by Wiley below on Spotify, on alternative outlets here, plus don't forget to follow his rants on socials too - @WileyCEO.