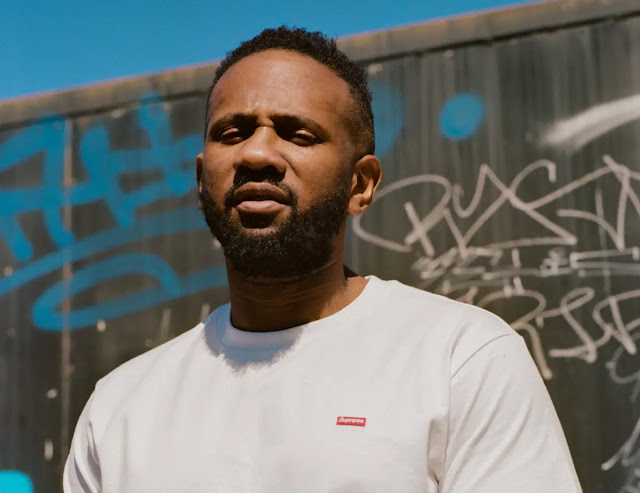 This year has seen Footsie consistently set the standard with his debut album No Favours being supported by huge visuals for tunes including "Pepper Stew", "No Favours" & "Restless Jack". In an album full of stand outs and instant classics, Footsie has now delivered us the visuals for the Chase & Status-produced "Finesse".

A tune that stands out from the album, mixing elements of Grime, Jungle & DnB, Footsie rides the production with his usual conviction and energy on mic: this one was made for festivals and carnivals.

The cold video, produced by Cameron Cox, James Gould & Rich Phillips, compliments the track's tone with the vast majority of the video set on Footsie in the studio, where we puts in his graft either MCing or producing. Chase & Status can be seen in the studio with him as he goes to work.

Footsie doesn't seem to be slowing down this year, and we can't wait to see what he graces us with next.