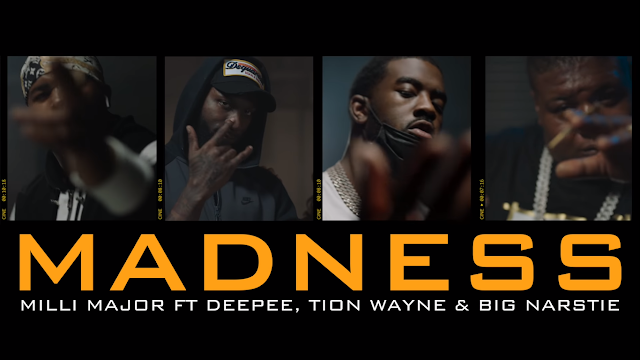 With 'Drillers' already doing the rounds, it's time for Milli Major to release a second track and video from his film 'Major Paper'. Last time around Milli Major was joined by Nines, plus Bloodline's Paper Pabs and Bossman Birdie, this time sees Section Boyz (or Smoke Boys as they're now know as) Deepee, Tion Wayne and Big Narstie feature on the tune.

'Madness' is the opening track from 'Major Paper' and has been running up the hits online already. Produced by OH91, 'Madness' sees the quartet of artists flow across a Drill-y production as oppossed to Grime.

Watch the visual for 'Madness' below, watch 'Major Paper' here on YouTube, plus keep an eye out for the full OST out in September.