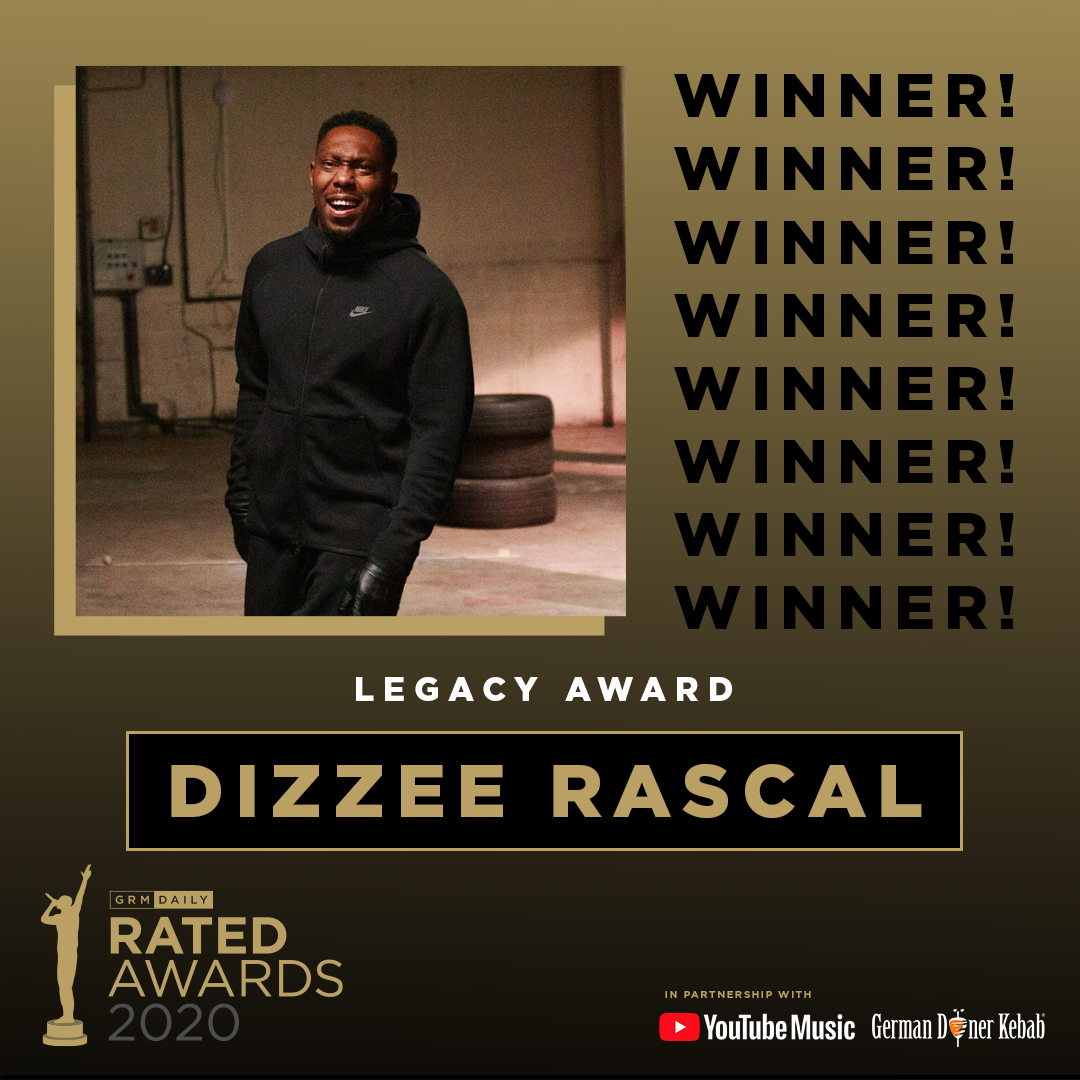 Dizzee Rascal took a trip through his discography last night at GRM Daily's 2020 Rated Awards. The performance followed an announcement that Dizzee had won the 'Legacy Award' to commemorate his contributions to grime and British music. The 16 minute performance features classics such as 'Stop Dat', 'Bonkers', 'Jus A Rascal', as well as more recent songs such as 'Space' and 'Love Life Live Large'.

Dizzee's new album, E3 AF, is set to be released 9 October. Check out the performance below!