Posted by James Prendergast on September 05, 2020 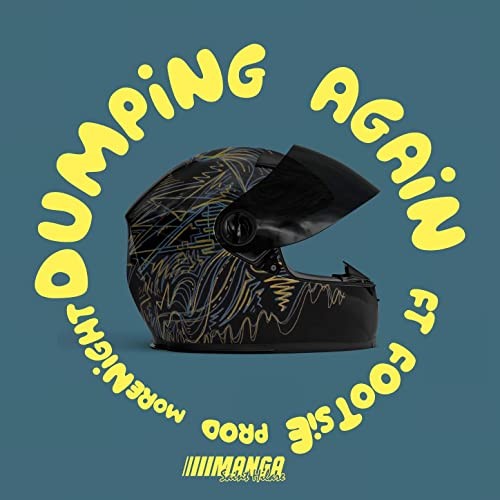 Earlier this summer Manga Saint Hilare called in Footsie and released the energetic banger 'Dumping Again' which has been played across radio stations around the UK since its release. Produced by MoreNight, the song has it's own unique sound and enthralling energy with the two veteran MC's going back to back, this song deserves to be heard at carnivals and festivals.
It was only right that this song had some visuals to match it and now it does with the slick and dynamic music video directed by Adam Horton. All of Manga's videos show his creativity and this video is no different, very much doing things his own way, Manga's impeccable flow matches seamlessly with the energetic cuts throughout the video and this continues when Footsie jumps in to deliver his ferocious verse. Styled by Adam Dowdeswell and overlooked by The Wingrunners, be sure to check the video out below.
Manga continues to set the levels in Grime this year. Be sure to follow him on Twitter and Instagram to see what he drops next.
Premiere: Jakebob laces a velvety R&G beat on the introspective "Kold"
Premiere: Riddla brings shadowy cut "Take It Back" to Antennaterra's new compilation
Inside: Invader Spade shares his approach to imaginative new beat tape 'Final Round'
Interview: Doni Rampage on his history in grime, lessons learnt and future focus
Premiere: Prizma recruits Killa P and Long Range for skippy vinyl exclusive "Youtdem"