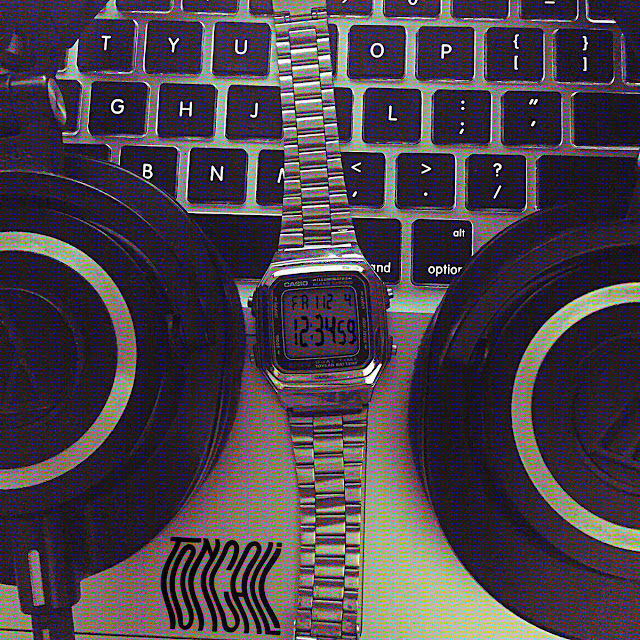 We're back again with another instalment of Donation Dubs, sharing some of our favourite tracks found while digging online.
As per usual, there are two sections: one with free or pay-what-you-choose downloads and the other for releases that have a fixed price but that are an absolute bargain.
You can also check out our Donation Dubs 014 mix on SoundCloud, exclusively featuring tracks from this list, at the bottom of the page.
Have a scroll, have a listen, and support the artists who catch your ear!

Out on his Red Lagoon imprint, Felix Dubs has released this compact but varied collection of instrumentals. One of the undisputable highlights is ‘Want and Need’, the mellow, jazz-infused track that Frisco jumped on in a recent Benteki Reprezent set, with the resulting clip being shared far and wide online. ‘Midnight Blues’ has the same smooth and wavy energy, showcasing the producer’s unique 140 flavor. The other tracks bring together influences of afrobeats, hiphop and UK funky, but all share the elegant melodies and atmospherics that make Clarity so enthralling.

Yet again, the 1Forty crew have come through with pure firepower. 1FGRM006, their latest Grime drop, features some familiar names alongside some notable newcomers to the label. Bomma B opens proceedings with ‘Bully Boy’, following up his powerhouse 1Forty debut alongside K Dot and Trilla on the J69-produced “Ya Fool” earlier this year. This time round, Bomma jumps on a beat from Bristol’s Too Much Collective members Prizma and Muhla, matching the energy of the vocal with a high-impact bouncer. Next, Logan and Hamdi link up again for “Bun Dem Down”, blending rapid-fire patois deliveries with muted brass flourishes, ticking cymbals and understated but weighty bass. Two instrumental tracks follow, each bringing something different. Fork and Knife comes through with overcharged snarling sonics on “Reptar”, while On1’s “Ris Key” showcases shuffling rhythms and thick sweeping basslines.

For his debut album, Canadian producer M4XW311 has pull out all the stops, giving us an impressive 13 polished grime tracks on Polarized. Following his trans-Atlantic appearance at BeatBoss, he has been consistently building his substantial discography, so it’s about time M4XW311 treated us to a full length project. Blending elements of grime, dubstep, and drill, the album is a menacing, shadowy journey into the dark side of M4XW311’s production style. From the drifting introduction of “Skeptical”, to the heavy yet intricate sound design of “Forcefield” and the anthemic vibes of “Half Ounces”, to the soaring finale of the bonus track “Be Here”, each and every track hits on point. Polarized is available exclusively on m4xw311.com – and while you’re there, have a hunt for the five exclusive easter egg dubs he’s hidden across the site.

San Paulo beatmaker TONCALi is in the latest in an ever-growing line of Brazilian artists to feature on Donation Dubs, with the country’s scene continuing to supply incredible grime to an international audience. 12:34  brings two raw, abrasive bangers in the form of “EAE Riddim” and “ZN Riddim”, both built around infectious stepping rhythms, jagged sawtooth textures and deep, dark sub-bass. The remain tracks, “Tropical Vaibe” and “Estrelar”, fuse baile and UK funky to create equally dangerous dancefloor shakers that you can’t help but move to.

OSSA – Through The Cracks Vol. 1

Perth-based producer OSSA has freed a selection of previously forgotten instrumentals. Bursting with bright melodic accents and rich synth tones set against ethereal background soundscapes, many of the tracks on Through The Cracks Vol. 1 capture an blurred hypnotic energy in their veiled complexity; “Eskipop” is the perfect example. Still, there’s some more forceful sonic impact included as well, on cuts like “Crew”, “Glare” and “Sending Season”, the last of which is screaming out to be used for an 8-bar rally.  Watch out for the sequels too, as OSSA has promised to follow this one up with more Through The Cracks tapes in the future.

Karnage’s last release, If You Don’t Know Me, was featured in March’s Donation Dubs, and his latest mixtape couldn’t be ignored either. A.O.T.K (Age of the Karn) features relentless flows and vivid war bars delivered in the Derby-based MC’s unmistakable style. Balancing classic grime with tense, murky drill, the impeccably selected productions fit him like a glove, taking the overall quality of the finished product to another level. Even though the tracks are short, all 11 of them are sure to pack a real punch.

Earlier this year, Antennaterra released a Grime Voices, a free download pack of over 40 high quality acapellas to be worked into remixes, featuring the likes of Luciferian, Jammz, Logan, Razor, Snowy and many more. Now, they’ve released 6 of their favourites on this EP, bringing together an international selection of rising producers who supply two tracks each. Homegrown talent DNDY puts his own twist on tracks from Darkos Strife and Dubz D, Spain’s HITPOINT takes on Crafty893 and Razor vocals, and Germany’s Diyah crafts instrumentals around Snowy, Logan and Jososick’s performances. Imbued with the open organic grime sound that Antennaterra is known for, Grime Voices.Remix shows that they’re definitely a label a keep an eye on next year.

Hayz has an instantly recognisable sound aesthetic and a talent for creating electric, high-energy beats. His latest drop, “Bounce”, follows on from his releases on the likes of 1Forty, Plasma Abuse and Southpoint. With a shifting 8 bar structure, snapping stop-start rhythms and a syrupy bassline, “Bounce” sees Hayz sticking to the stripped-back essentials and nailing them.

As one half of Council Work’s Frankel & Harper, D. Harper has been making strong moves in 2020. This solo remix of “No Singing” adds some potent garage to a Jammin classic, taking a decade old track and giving it a new lease of life with a wobbling heavyweight foundation and skippy flurries of percussion.

Blending wave with grime, Gastah has gifted us this single “Glare” as a Christmas treat. Making use of samples from genre-jumping beatmaker Qwirk, Gastah moulds a subtle dreamscape of silky welcoming warmth. “Glare” sharply contrasts with some of the more in-your-face entries on this list, showing just how wide ranging grime can be.

This 2 track EP from Neighborhood Watch lives up to its name. Bang GK’s “Glitchy” is a buzzing, bit-crushed sonic kaleidoscope, and the remix from Neighborhood Watch’s own Circa mixes in his hometown’s genre-blending 140 force – the end result is filthy in both cases. Don’t wait too long to cop Glitchy, though – the pay-what-you-choose pricetag is for a limited time only!

Producing out of Nottingham, LVNDLXRD’s latest drop adds his “Dark Wun” instrumental to the “Windowframe” verses from viral grime granddads Pete & Bas. The beat is a low frequency zoner studded with thudding 808s and eerie looped melodies, adding a deeper tone to the tongue-in-cheek performances of the original.

Check out the Donation Dubs 014 mix on SoundCloud: