Cadell shows us he's the 'Bigger Person' during his latest visual 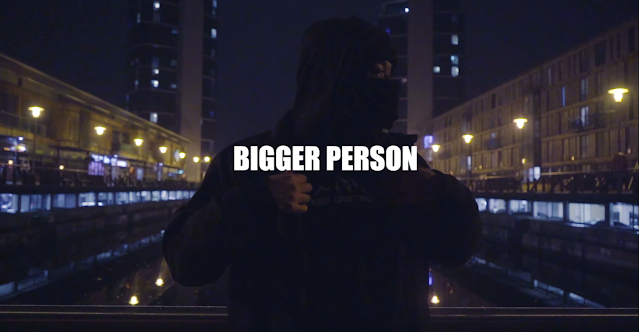 Whilst Cadell left us on a rap tip last time with the 'Outro' of this forthcoming release 'Angry Kid', he's back on a more sonic sounding Grime beat for 'Bigger Person'. Splurt Diablo once again is behind the beat as is Bronson behind the camera.  With Cadell's workrate visually at the moment, it's like we've got half of his project before it's even touched the streaming outlets, which isn't a bad thing. Cadell is showcasing to us why he's still one of the best in our scene and is yet to comprimise his art and sound to fit in. Criminally underrated by the masses, but real Grime fans know his talents.

'Angry Kid' is set to be released in Feburary and we for one here at OUAG are waiting in anticipation. Check out the video for 'Bigger Person' below, keep an eye out for 'Angry Kid', plus follow Cadell on his socials too - Instagram/Twitter.