Chip lays down principles for Stormzy to follow in '10 Commandments'

Posted by James Prendergast on January 17, 2021 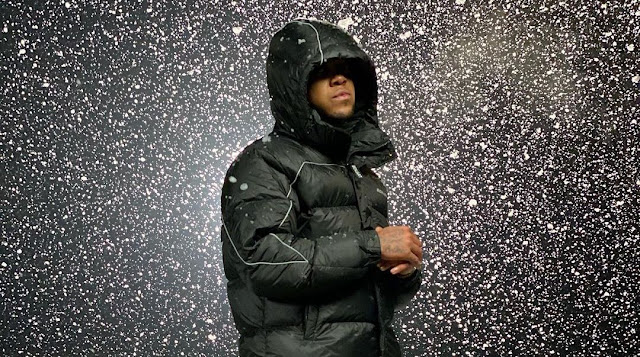 Chip continues his relentless work rate and war with Stormzy in his latest offering
'10 Commandments'.

On this M1OnTheBeat produced Drill riddim Chip unleashes more shots having previously taken aim in the tunes 'Flowers' and 'MC Killer'. The tune is fiery, lively and relentless, with Chip delivering in his cheeky swagger style whilst spraying serious bars. There's a lot to digest in this, from taking aim at Stormzy's hairline and Chip suggesting he goes Turkey instead of Dubai to sort it out, to questioning if Stormzy is really "blinded by his grace" if he ended at Chip's house. Stormzy's visit to Chip's house, uninvited, has been a key story in this clash between the two MC's and we learn for the first that it wasn't the only time Stormzy visited Chip when he says "Cuh that weren't the vibe, two days before when you came on your own" more information on this situation will only create more intrigue from fans, who have been gripped since 2020 and now, in 2021.

Every line of this tune has subliminal lyrics and will have you wheeling up the track to catch every detail, with highlights including Chip mentioning Wiley's clash with Stormzy, stealing ad-libs from Konan and questioning who's really the one 'snitching' as Stormzy has signed with the same guys that signed 6ix9ine. Chip rounds of by reminding fans that his next project 'Snakes and Ladders' is out on the 29th January.

What next? With Stormzy replying via features on 'Ain't it Different', 'I Dunno' and Ghetts latest tune 'Skengman', which you can check out here, now fans will really be hoping for a full reply from Big Mike. We wait eagerly.