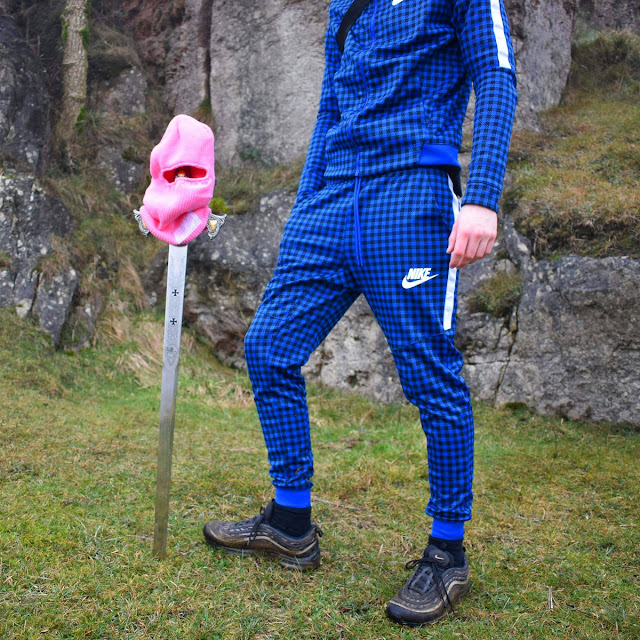 We're back again with another instalment of Donation Dubs, sharing some of our favourite tracks found while digging online.

As per usual, there are two sections: one with free or pay-what-you-choose downloads and the other for releases that have a fixed price but that are an absolute bargain.
You can also check out our Donation Dubs 015 mix on SoundCloud, exclusively featuring tracks from this list, at the bottom of the page.
Have a scroll, have a listen, and support the artists who catch your ear!

Bristol’s $H The Producer pays homage to his local area on Views From Feltham Court, an instrumental EP released on his DeeOh7 imprint. The R&B flavours on “Newbury Road” and the organic cinematic sounds of “The Manor” give way to the harder-edged 2-step and tense choral stabs of “Feltham Court”. “Bargain Lane” returns to the musical hypnotics, drawing you in with swirling melodies and a low bass undercurrent, before “The Common” tops off the EP with wave synth stylings. Plus, as an extra bonus, Slowie adds the Bris twang of his vocals to the “Feltham Court” beat to rep all the “Bristol Area Codes”.

This one marks Turian’s first release on the scene-transcending SYNES imprint, and he hasn’t pulled any punches as "Glisten" de- and re-constructs grime into a rave-ready banger. At times, Turian borrows from acid house and breakbeat, pushing past the usual conception of grime into a more experimental realm. This is a blisteringly hot cut, balancing cerebral waviness with hardcore energy.

If you want bang for your buck, look no further than this colossal collection of unreleased beats from Beanzo. This Super Z.I.P of 46 tracks – yes, that’s 46 tracks for £3 – truly feels like a fully certified discography instead of a bunch of forgotten or sidelined projects. The heavier highlights include the growling darkside dubstep remix of Luciferian’s “Red Eye”, the brutal repeated blows of “Paranoia”, a powerhouse remix of Top Dolla’s legendary “Flexin” instrumental, and the appropriately named “Screwface”, but Beanzo is far from one-dimensional in his production. The icy retro lead and understated sub foundation on “Blazing” and the gorgeous organic strings harmonies of “11th” are two examples of Beanzo’s lighter side. “Geostrategy” and “A” sit close to the classic grime sound, while the joyous yet off-kilter construction of the “Ohh La La” edit and the grandiose theatricality of “Ataraxia” bring more unexpected energies to the table.  There’s way too much to mention, so go listen for yourself.

Aions – The Space Between

A collection of mellow lo-fi 140, Aions’ The Space Between is nothing less than mesmerising. “Morning Magenta” has the depth and richness of a Deep Medi classic, while Dutchguts, Lord of Ciphers and Gi Major (whose recent interview with OUAG you can read here) lend their lyrical talents to the looped sampled melodies of “Sun’s 4”.  The calming piano, swelling sub-bass and distant vocal samples of “Marcy to Essex View” are dreamlike, especially when the tempo unexpectedly falls and sends you on a deep introspective journey. “PeopleDem” brings the trip of The Space Between to a close with a final dose of shrouded hallucinogenic warmth. If you need get rid of some stress and block out the mad world around us for a moment, then put on this EP, close your eyes and let your mind unwind.

The Russian grime scene is alive and thriving, as Moscow’s Trizna shows with his rotten Raid EP. Describing his sound as Primal Grime, the 4-track release incorporates the ragged industrial style that he’s known for. The opening title track is minimal and metallic, centred on salvos of pounding quickfire kicks, while “One Step” gives you the unnerving sensation of being trapped on a whirring and hissing assembly line. “Splinter” and “Edge” add intense breakbeat flurries into the mix, and “Upyr” is a mind-bending Frankistein’s Monster of sub bass sweeps, breaks snippets and guns clicks, disjointed yet enthralling. Trizna supplies the highest calibre of instrumental grime violence on his releases, and the Raid EP does not disappoint.

Lumes recently announced he was leaving grime production behind, and that TZ:Prophecy will be his final project. Full of the shimmering elegant sonic styles that he crafted across his discography, the album brings together layers floating strings, icy synths, snapping rhythms and pulsating yet restrained basslines to bring theatricality and scale. If this really is the last of Lumes’ grime offerings, at least TZ:Prophecy ends things on a high note.

Kingdoms of Dreamland is, in GYRO!’s own words, the culmination of a long year of work, and marks the end of the road for the masked producer and his pink balaclava. This final mixtape showcases the full strength of his production skills, bringing fantasy to grime. Through the nimble bardic measures of “Mourning” and “The Alchemist’s Great Discovery”, the mystery and danger of “Dreams of the Witches’ Prophecy” and “Soul Crush”, the drill tension of “Bones of the Forest King”, the combatant march of “Mage’s Barrier” and “Time Wizard”, and nobility of “The Bloodied Warrior’s Final Stand”, GYRO! soundtracks a heroic 15-track adventure that’s worth exploring from beginning to end.

Athenian wave label Crystal Orca have pulled out all the stops for their first compilation, bringing together 10 tracks featuring 11 artists for Emergence.  Highlighting the variation that’s possible with the genre’s staples of euphoric high-flying synths, lush silky basslines and glitched computer bleeps, the collection continually switches up the energy levels to keep you on your toes. The project has an experimental unpredictability, as enchanting, soaring soundscapes like Nick Neutronz’s “Damaged God” and “In Case You Miss Me” by Rot10 and soothing cosmic gems like MRKRYL’s “Anymore” are mixed in with more upfront and forceful cuts like Artonoise’s “Nightmare Fuel”, Rapture 4D’s “Power Cut” and “Shell Disposal Unit” by Eone & Mere Formality.  These neo-grime and wave tracks show the international subgenre continues to develop and diversify, and Crystal Orca is a label to watch this year.

Ollie Rant – Left At The Tone

Ollie Rant’s “Left At The Tone” begins by enticing you with hints of wifey riddim sweetness before switching in the unexpectedly dense low-frequency power that gives the track its ear-catching contrast. Gaining momentum with the addition of crisp eski-snares, shuffling hi-hats and thick kicks, “Left At The Tone” constantly grows and morphs, refusing to settle on a single mood as different combinations of its layered instrumentation are emphasised in turn.

Simply Deep started the new year off right by dropping Defiant’s “Star Fox”. Paying homage to the classic Nintendo videogame, the refreshing airy lead, warm sub bass vibrations and 8-bit details come together seamlessly. The end result is a cut of otherworldly space-age nostalgia, proving Defiant has a softer side to his productions that is just as effective his more brazen big-hitting beats.

Treading the line between grime, UKG and UK funky, you can imagine how well Lexbeatz’s “Shook” would slide into a summery garage set or drop under a grime MC’s bars on radio. The tropical vibes of swift steel pan melodies give way to a bouncing, bottom-heavy beat and infectious 2-step drum patterns. It’s the sort of track that would have been spun at Elijah & Skilliams multi-genre Butterz nights, and hopefully “Shook” will get the use it deserves when venues finally open their doors again.