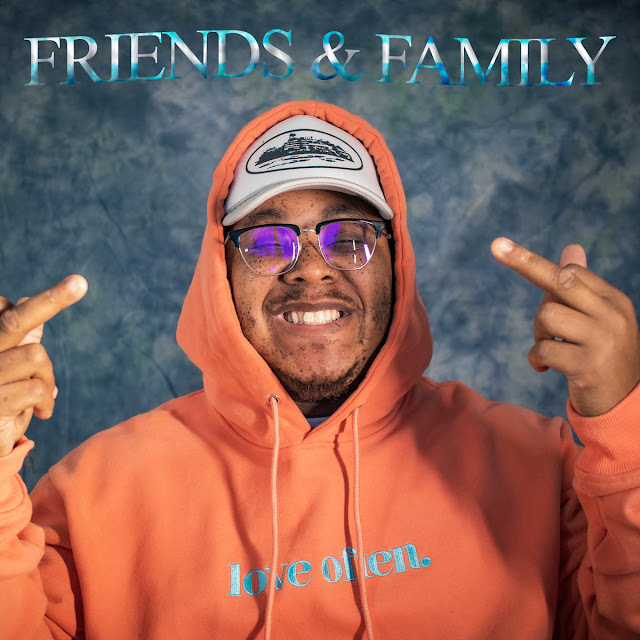 The rate Manga has been putting out music recently is putting many other artists to shame. The quality of the music hasn't dropped either, if anything, it's got better. Weather it be a feature, a refix of a previous tune or one of his beats (a new addition to his musical ammunition), the levels are still very high. Following on from his 'Ultima Deluxe' project in December, Manga Saint Hilare has another new batch of music for your ears, mainly consisting of his own production work.

'Family & Friends' is a seven track strong compilation, which opens up with a soothing kstampx refix of 'Fear No One', renamed 'Without Fear'. This is the only track Manga hasn't produced himself. Five beats follow, mainly on a mellow and relaxed tip. 'Floaty Floaty' is a personal favourite. Compared the the other four beats and the final of the selection, 'busyBusyBizeBizEE' is more of darker tip. It'll be interesting to hear a few of these beats on sets or to see if any MC's pick them up to spray on themselves.

Rounding off the project, Manga has thrown in a recent set with none other than DJ Oblig. The Rinse FM selector showcases why he's one of the most talked about, plus most exciting DJs in the scene at the moment.

You can stream Manga's 'Family & Friends' project below exclusively via Bandcamp. Don't forget to support him directly and purchase it too if you have the funds avaliable. Follow Manga too across socials - Instagram/Twitter.