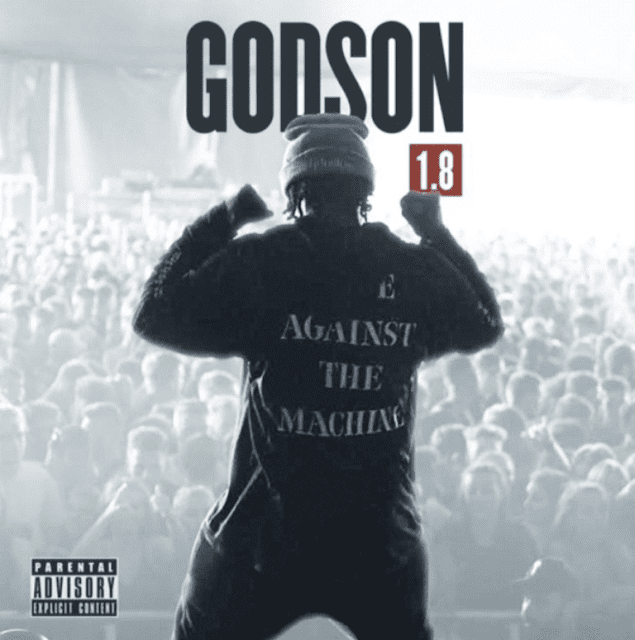 2020 was a weird year for music, but Saskilla made sure he finished off his with a bang. Compiling a selection of songs to showcase on 'Godson 1.8', the Nu Brand Flexxx'er managed to secure features from some of the biggest names in the scene, plus one very suprising one from behind bars.
Whilst the project isn't long in terms of listening time, there's plenty of bars crammed into around thirty-five minutes of Grime music. Saskilla kicks off the third installment of the 'Godson' series with an introduction to himself via a Shannon Parks production before things get political. 'Jeremy Corbyn', 'NHS Thankyaz' and 'No More Covid19' all touch on the low parts of the past year. Original Nu Brand Flexxx crew member Jvmkay makes an appearance on the track three, following Shivz feature on the previous.
After asking the question of 'Do You Miss Me?', this is where the heavily featured dominated tracks begin. Recruiting one MC from either side of London, plus another two from the Midlands, the 'JD Bag Remix' sees Scrufizzer, Maxsta, Eyez and Kamakaze all skip over the riddim with energetic bars and flows. Sas released the original three years ago on SB.TV's YouTube channel. '2004' follows up before the suprise vocals appear. Grime's very own Crazy T-I-T-C-H laces some bars. Recorded whilst inside, the Grime OG squeezes off alongside West London Grime vet Nasty Jack. A throwback track for a few of the older heads in the Grime scene fanbase.
Bannished by the mainstream media and now by many former fans, 'Eski Kidd' aka the Roll Deep rhymer, is one of six features on the closing tracks of 'Godson 1.8'. Jvmkay makes a second appearance on 'Cold World' alongside Anelisa Von Tease who also provides her vocals for the tune. A final heavily featured track sees Saskilla recruite MC's from around the UK (except Northern Ireland). Sas and Devilman showcase their London and Brum based bars, whilst the now defunct Astroid Boyz rep the Welsh capital alongside Random FA flying the flag for Scotland on the remix of 'UK Anthem'.
Overall a solid project from Saskilla during a difficult time for us all. 'Godson 1.8' can be streamed below via Spotify or on Apple Music here. Alternative sites can be found on ditto. Keep up-to-date with Saskilla by following him on Instagram and Twitter too.
Premiere: Jakebob laces a velvety R&G beat on the introspective "Kold"
Premiere: Riddla brings shadowy cut "Take It Back" to Antennaterra's new compilation
Inside: Invader Spade shares his approach to imaginative new beat tape 'Final Round'
Interview: Doni Rampage on his history in grime, lessons learnt and future focus
Premiere: Prizma recruits Killa P and Long Range for skippy vinyl exclusive "Youtdem"